Arsenal FC – Be Careful What You Wish For

This blog only occasionally looks at sport, and yet more occasionally at football. Since breaking the blindingly obvious news that Liverpool FC and Kenny Dalglish were going to part company, there hasn’t been another excursion into that field. But recent disquiet among the supporters at The Arsenal has changed all that: there are moves among that support to replace their manager. 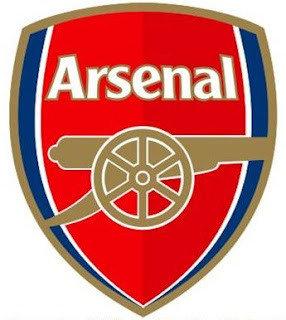 Sleb supporters, prominent among them Piers Morgan – who shells out for four season tickets a year, despite spending most of his time in the USA – don’t think that Arsène Wenger still has what it takes. I’m not so sure. True, Wenger is now 63, but over at Man United, Alex Ferguson is still going strong at 70, and doesn’t appear to be about to throw in the towel just yet.

And, as any Crewe Alex fan will tell you, Dario Gradi was 62 the last time he led the club to promotion – to what is now called the Championship. Why “The Prof” should not go on for several more years is the point that his detractors fail to make, except that Something Must Be Done. Moreover, there is a dearth of credible, affordable and available successors out there right now.

Moreover, there is more to a football club than its manager: if the board won’t sanction increases in players’ pay packets, and declines to raise its annual transfer budget, this constrains the manager’s options. Why this may be may be linked to getting the finances back in order after having to pay for their new stadium. It may also be straightforward refusal to take part in bidding wars.

Whatever the background, I would commend to all Arsenal fans and interested observers this chart of where the club has finished in either Division 1 or the Premiership since 1955. Three of the six titles in that 57 year period came in the Wenger era. Four of the ten FA Cups won in the club’s entire history were gained likewise. They have not finished lower than fourth since he arrived.

There have been three Premiership titles and five runners-up slots in fifteen years of Wenger versus three and one respectively in 42 years of various others. Moreover, it took Wenger just two seasons to land the Premiership. It took Alex Ferguson seven to bring the title to Man United. So to all those who would send Arsène Wenger packing, I have a very straightforward message.

Be careful what you wish for. You may end up getting it.
Posted by Tim Fenton at 14:50

I thought the general feeling was Wegner was keeping costs down and keeping profits up (mainly through Champions League qualification) until the stadium was paid off - from which point they would have plenty of cash to burn.

Patience could be key for Arsenal fans.