The desire by so many in the Pundit Establishment to go with the herd instinct and put the boot into the Labour Party over alleged anti-Semitism is not just restricted to desperate floor-crossers like Dan Hodges, but has also spread to the more fashionable end of the punditerati, where Nick Cohen of the supposedly upmarket Observer has opened mouth and inadvertently inserted boot in no style at all. 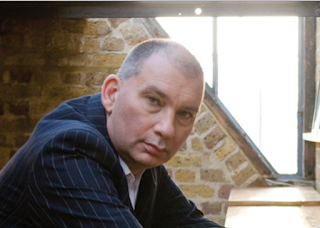 Cohen started from a perfectly coherent critique of the current Labour leadership last month, which caused some forthright criticism from the party’s remaining pro-Corbyn loyalists, those who will back Jezza’s every move even after he is ousted, or leads Labour to a catastrophic General Election thrashing at the hands of a Prime Minister who has no right to be in Downing Street in the first place, but then he lost it badly.

He could not resist poking at the aftermath of the Ken Livingstone disciplinary affair, citing the occasion back in 2015 when the French Front National expelled its founder Jean-Marie le Pen, following a row with his daughter Marine, the party’s current leader. What had the old fascist done to prompt his August expulsion? “He was initially suspended back in May, after he repeated his view that the Holocaust was ‘a detail of history’”. 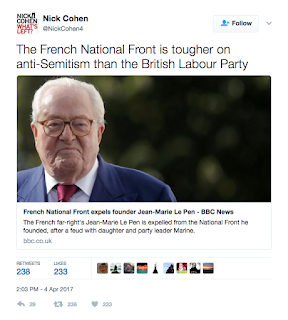 What that? Well, after France was either occupied by the Nazis, or run by the collaborationist Vichy Government, the occupied part, like all countries overrun by the Nazis, saw round-ups of Jews. The most infamous of these took place in July 1942, when more than 13,000 (including over 4,000 children) were systematically rounded up and held briefly at the Winter Velodrome in Paris, the Vélodrome d’Hiver, or Vél d’Hiv. 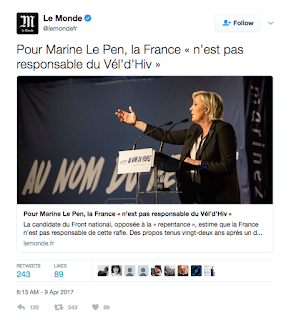 Those interred were mostly taken by train to Auschwitz and systematically murdered.

In the 1990s, then-President Jacques Chirac apologised on behalf of the French people for the Vél d’Hiv roundup. French rail operator SNCF has also apologised for its part in the collaboration that saw so many who should have been protected by the French people and the relevant authorities taken away to their deaths.

Now, Marine le Pen is effectively indulging in Holocaust denial - and historical revisionism - by claiming that an act for which the then-President of France has apologised was somehow not France’s responsibility, despite its Police service being involved in the roundup, and its national rail service transporting those rounded up to Auschwitz.

Why Nick Cohen thinks that this is being at all tough on anti-Semitism is something only he can answer. Because it’s a pound to a penny that no-one else can.
Posted by Tim Fenton at 12:24

"the party’s remaining pro-Corbyn loyalists, those who will back Jezza’s every move even after he is ousted, or leads Labour to a catastrophic General Election thrashing"
Mystic Meg lives!

Nick Cohen can be ok sometimes but he never really got over his post-traumatic stress disorder resulting from being on the wrong side in Bush and Blair's Big Adventure.