Simon Danczuk - No Friends In Oldham

As Rochdale’s nominally Labour MP Simon Danczuk gets himself another pay day from the Murdoch Sun for yet another often fictional attack on his own party leadership, and the Mail On Sunday confirms that it has turned on him by suggesting that his relationship with new “assistant” Nasreen Nazir may extend to more than just Commons business, one aspect of his popularity, or lack of it, has been overlooked. 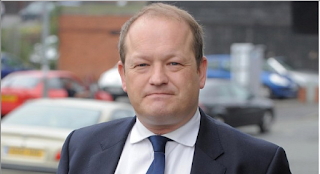 While Danczuk regales Sun readers with such creative gems as “Now, in Corbyn year zero, we’re so far from the electorate that we can’t even make up our mind on whether police should have the power to take out terrorists who want to blow up innocent people”, and exaggerates the dislike of some in the Labour Party for the sainted Tone - while not mentioning Iraq once - the MoS has a rather different angle.

“When you’re parliamentary assistant to rebel Labour MP Simon Danczuk, duties seem to extend beyond paperwork and diary organising … Mr Danczuk, 49, was spotted exercising in a London park on Tuesday being put through his paces by glamorous Nasreen Nazir, 37, his new £30,000-a-year aide … she and the Rochdale MP, who recently separated from his wife Karen, 32, laughed and joked as they ran side by side, then completed their workout with a series of stretches and a high-five”. Nudge, nudge. 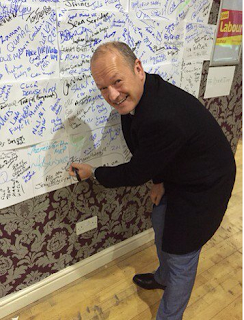 Danczuk pretends to be campaigning ...

There was more: “Perhaps Mr Danczuk was getting in shape for an important date elsewhere … On Wednesday, back in Rochdale, local councillor Claire Hamilton tweeted a picture of herself cuddling up to him with the heading ‘Happy, #love #perfect’ … And on Friday she posted another selfie, titled ‘Night out in Rochdale with @simondanczuk’”.

But neither paper has mentioned Danczuk’s less than favourable experience when he tried to join those campaigning in the Oldham West and Royton by-election. Possibly stung by claims he failed to show his face in Heywood and Middleton not long ago, Danczuk wanted to make sure everyone knew he not merely backed the candidate, but had shown up on the campaign trail. So he posted a photo showing his presence there. 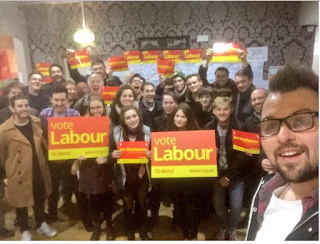 ... unlike the real activists here

There is only one problem with that: where are all the other activists? What about him doing a doorstep? By contrast, check out a group of Labour supporters in the same room, including the irrepressible smile of Abby Tomlinson of Milifandom fame. Why was Danczuk not part of a gathering like that? Ah well. My information is that his arrival in Oldham was not exactly greeted with a chorus of enthusiasm.

My source tells “He went to the campaign office yesterday [Friday last] and the locals wouldn’t go out with him. Hence no pictures of him campaigning … no-one wanted to go out with him or be in a photo with him”. This is the constituency next door to his. And, with UKIP mounting a typically opportunist campaign, Labour will want every volunteer they can turn out to go and canvass for them. Every volunteer except one, it seems.

Something for Simon Danczuk to consider next time he talks about leadership bids.
Posted by Tim Fenton at 14:35

While back in Oldham, much more importantly, they couldn't give a shit about you.

To be fair, Danksuck as a leadership stalking horse would be quite useful......since anyone voting for such a gobshite would tell you more about themselves than issues. Afterwards there'd be no excuses for not knowing what type of reactionary they are.

Bring him on, I say, bring him on. Even in Murdoch's Scum or the Daily Heil. It's all grist to his neocon betrayal mill.