Two states in the USA voted last month to legalise pot. And following some consultation and much enquiry, the Commons home affairs select committee has recommended that there be a Royal Commission to consider alternatives to the current laws in the UK, including decriminalisation of use, and even legalising all substances that are at present illegal. 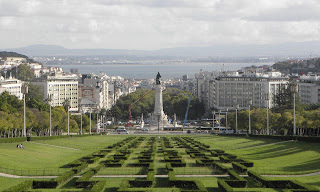 Moreover, as the deeply subversive Guardian has reported, “the MPs say Home Office and health ministers should be sent to Portugal to examine its system of replacing criminal penalties for drug use with a new emphasis on treatment. They say the Portuguese example clearly reduced public concern about drug use and was backed by all political parties and the police”.

Note, though, that Portugal has not legalised any previously illegal drugs, but has moved the emphasis from punishment to treatment, together with informing and persuading users. But the results from more than a decade of decriminalisation have been emphatic: the number of users has been halved, and drug related diseases and overdoses have also been reduced.

The prediction that Portugal would become a centre for drug tourism has been disproved. Of those infected with HIV, the proportion has shrunk from over 50% before decriminalisation to around 20% today. The number of new HIV cases has gone from around 3,000 a year to less than 2,000. There has been an apparent decline in deaths among street users, too.

And this time, even the Daily Mail is softening its coverage, although, as before, they insist on also reporting those who talk of “opening the floodgates”, and telling apocalyptic tales of what cannabis can do to the brain, while ignoring the fact that in Portugal the floodgates did not open, and that leaving cannabis in the hands of organised criminality means at least as much harm, if not a lot more.

Plus, of course, the Mail just has to give the pundit slot on this one to Melanie “not just Barking but halfway to Upminster” Phillips, who fraudulently ascribes a rise in homicides in Portugal to drugs (the numbers are not attributed to any one cause, or number of causes). Then there is a screaming denunciation of Russell Brand, because he gave evidence to the Commons committee.

It does not seem to occur to Mad Mel that a reformed drug addict is an ideal person to comment on the present law, its enforcement, and the treatment offered to those criminalised. Instead, all those who favour decriminalisation are dismissed as being of dubious character. Mel’s favoured la-la land is one where drug use is eradicated, and which by definition does not exist – and moreover never will.

But her ever more desperate ranting shows that the tide is turning against her. Good.
Posted by Tim Fenton at 16:00