I once bought a house in Huddersfield – this was a long time ago – and before settling on my final choice, dozens of estate agency flyers passed before my inspection. So many of these were from one particularly notorious development, in fact, that agencies were told to filter them out. It should surprise no-one who bought in the 1980s that the estate in question had been built by Barratt Developments. 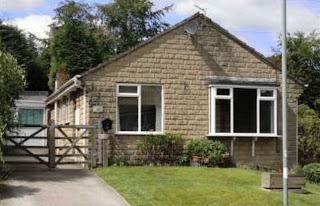 A Birkby Barratt Box - no thanks

The Barratt estate in Birkby was the Siberia of Huddersfield’s owner-occupied housing: everyone knew where it was, and nobody wanted to go there. Horror stories abounded: the houses had apparently been thrown together rather hastily, there were settlement cracks in some, many suffered from draughts, the square protruding bay windows gave problems, and as a consequence many remained unsold.

So on reading the fawning obituaries of Lawrie Barratt, founder of the company that threw that estate and many more together, I experienced one of those moments when reality and the world in which hacks look back on it suffer a significant disconnect. The “wonder of housing accessible to the masses” sits uneasily with the 1980s memory of the “Barratt Box”.

From the way the Mail sings Barratt’s praises, one might think that no-one else built new houses for private buyers until he came along. This is total bunk: names like Wimpey were already making their mark in towns and cities across the UK, and here in Crewe we have an extensive example of the genre in the north west of the urban area. There are others nearby in Altrincham and Hartford.

But instead of getting a sense of proportion, hacks resort to remembering the TV adverts, probably because they featured a helicopter and this bestowed some measure of cachet. That Barratt offered buyers “starter deals” is held to have been a key factor in the expansion of private ownership, while the easing of mortgage controls and more players entering the market for house loans is forgotten.

This last, together with a steady expansion of private sector housing that had started decades before, is what gave us the variety and quantity of buildings that is today’s housing stock. Yes, Barratt was a player in this process, but in the great scheme of things did not change the landscape on his own. And, fortunately, at least the Telegraph mentions the problems with those 1980s “boxes”.

Those would be the houses that Lawrie Barratt never had to suffer, and which the hacks penning the fawning obits have either long forgotten or never knew in the first place. It’s not a case, as the Mail has put it, of “defying the snobs”, but of making a fast buck from selling a product which was often shown to be seriously deficient. And that’s something you won’t be reading about today.

Instead, the man who brought us the “Barratt Box” is almost canonised. Sickening.
Posted by Tim Fenton at 13:10