Following yesterday’s approval of the HS2 project, the pundits have emerged to give their comment on the announcement. Some of this is predictable, such as Simon Jenkins’ rambling and confused Guardian piece, where he asserts that HS2 “would never survive against electrifying the Western region”. HS2 and the “Western region” serve different parts of the country, and the latter is being electrified.

He also talks of “ramshackle cross-country services”: Cross Country had a new fleet of trains less than a decade ago. But this is typical Jenkins: he was, after all, against Crossrail, which was also held to be a waste of money, as I noted at the time. He also uses the cost for the whole “Y Network” as that for London to Birmingham. A more nuanced attempt is made, thankfully, by Ian Cowie at the Telegraph. 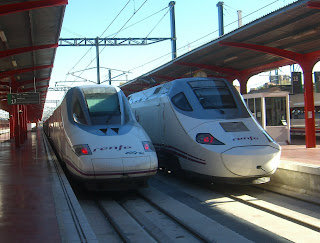 Cowie makes the obvious point that there will be winners and losers from HS2, though some of the estate agency doom and gloom should turn out to be excessive: I lived for several years around half a mile from the West Coast Main Line (WCML) where trains passed by at well over 100mph, and it needed the wind at a particular speed and orientation for it to be heard at all. House prices were not harmed.

But the clearest thumbs-down has come from the Mail, where the legendarily foul mouthed Paul Dacre has clearly put the word out to rubbish the project. This is predictable, given that Dacre and his family live out in the country: he will readily identify with those in the Chilterns where construction will inevitably cause disruption. So out come the first two pundits to pour their scorn.

“Is High Speed 2 just more class warfare?” asks Melissa Kite, using the style of rhetorical question used at Fox News Channel (fair and balanced my arse). Ms Kite tells how her parents inhabit a humble semi in Coventry, while not mentioning her own homes (plural). And she gets her strawman in early: “The fallacy put about by the pro-HS2 lobby that really ought to be nailed is that those with concerns about the blight of this rail line all have country estates”. 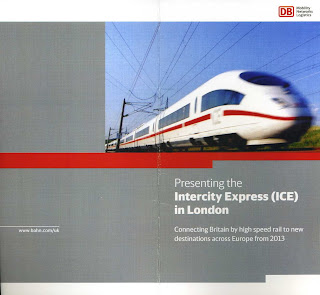 She then tells that the current London to Birmingham service takes “little over an hour” (well, 22 minutes over), and does not address the issues of capacity, freight, or commuters. But she does tell readers that her family is “patriotic”, so expect plenty of jibes at those rotten foreigners in future, together with the inevitable World War 2 stuff if anyone from Germany gets involved in HS2.

Also in rhetorical question mode is Clive Aslet, editor at large of Country Life, as he gasps “Is David Cameron bonkers?” and suggests that Young Dave wants HS2 to be his legacy to the country. Of the project, he says “it will reveal itself to be the brain storm that it is”. No shit, Sherlock. And he’s sure that “if built ... it will follow a less controversial line, along existing infrastructure”. No it won’t. But it’s good of Aslet and Ms Kite to give us a taster of the assault to come.