Why This Hack Is Not Welcome At The BBC

During the furore which followed the allegation that evidence supporting intervention in Iraq had been “sexed up”, one lasting impression remained, that Andrew Gilligan, who has not been welcome at the BBC since, had been a little too keen to put the boot into Tone and Big Al, so keen that his evidence to the subsequent Hutton Enquiry did not hold up at all well.

That impression is merely reinforced by Gilligan’s latest hatchet job – published yesterday by the Maily Telegraph – on transport journalist Christian Wolmar. London based readers of the Telegraph will not be surprised that Gilligan has gone in to bat for occasional mayor and regular collector of “chicken feed” from that same paper, Alexander Boris de Pfeffel Johnson.

Bozza had been suggesting that “driverless trains” could mean an end to industrial action disrupting Londoners’ travel, but as I pointed out on Friday, the extent of Automatic Train Operation (ATO) on London Underground (LU) is not that great, and there is a continuing requirement for a Train Operator (TOp) even when ATO is in use. Wolmar has effectively underscored my analysis. 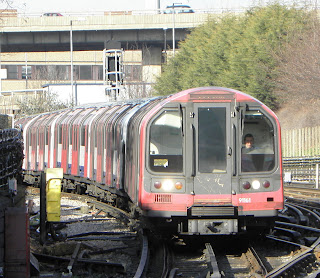 Central Line - ATO but still with TOp
But such detail does not deter Gilligan, who reels off a number of cities that have driverless rail systems, while seeming not to notice that Wolmar was talking specifically about LU. Fortunately, Bozza’s number one fan at the Maily Telegraph works his way back to the subject by focusing on the Docklands Light Railway (DLR), with which he triumphantly concludes his listing. 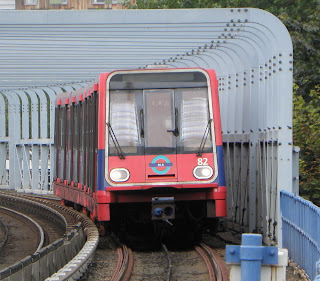 DLR - different system, and a driver on board

But here he has a problem: although train movement on the DLR is, for most of the time, automated, those trains are not, strictly speaking, driverless. Each DLR service carries a Passenger Services Agent (PSA) – these used to be called “Train Captains” – whose skill set includes the ability to drive the train when required, in addition to other tasks like revenue protection (most of the DLR is not barriered).

And, of course, the DLR and LU are two separate entities. Moreover, neither have done away with having a properly trained driver on board, and nor will they in the foreseeable future. That Gilligan chooses to ignore such mildly inconvenient facts in order to cheer for Bozza confirms not only his political leanings, but also a continuing insistence on working back from his conclusions in his own wilful and selective manner.

Small wonder, then, that the Beeb has not welcomed him back, and will not be doing any time soon.

Having to have a "PSA" on board is something that will eventually die out. The same manufacturers that build trains for the DLR and LU also build them for MRT and LRT everywhere else in the world, and those systems do not require them. It is a regulatory and peace of mind requirement that has a finite life.

Wolmar is a definitive expert - perhaps even one of the most well-informed in the country - and I respect his opinions about driverless trains. That said, he does tend to look at things very much from the lens of TfL, LU, the political tennis around the system, with his own suspicions about each Mayor's true motives. That's fine - he is a transport commentator after all, but at the same time London is not special when it comes to transport standards. We need to compete with the rest of the world, and while a forklift replacement of most of the system (as Boris is proposing) would be absurd, a natural progression towards driverless trains is as unavoidable as the progression towards self-checkout machines in supermarkets.

By the by, the "what about jobs" brigade is shameful; heaping negative and bogus PR onto the safety and "perceived safety" of having drivers, when there is *no debate whatsoever* at expert levels about the superior safety of driverless trains. This conservative, luddite attitude is the sort of thing that corporate PR firms engage in, but not what you expect from Unions who are supposedly a benevolent force to protected their members.

The way that other countries, like Switzerland, Singapore, Spain, Italy and dozens of others deal with the issue of door safety is to put doors on platforms, as London has on the Jubilee line. Wolmar's claim that TSAs would always be able to strike, thereby evading the benefit of driverless trains, is also not true. It is the encumberedness of current drivers, with their current pay packets and benefits, that is the problem. By establishing new positions, those obligations would be reduced so industrial action would not be so regular (as salaries would better reflect the scarcity of people able to do the work). This is the reality of the job market. Somewhere else in the world, not least at the companies that make driverless train technology, people are popping champagne corks and hiring more people.