After last year’s catastrophic fire which killed more than 70 residents of the Grenfell Tower in North Kensington, our free and fearless press was swift to point the finger of blame, and that finger pointed at a man called Behailu Kebede, the resident of the fourth floor flat where the fire started. And it now seems the pointing was a little too swift. 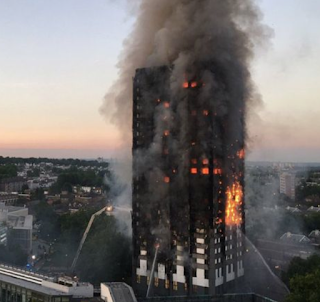 As the Guardian reported at the time, “A Mail Online article about a man whose faulty fridge allegedly started the Grenfell Tower fire has prompted about 1,300 complaints to the press watchdog … The Mail Online article, which has allegedly been toned down overnight, focuses on the actions and behaviour of Behailu Kebede, whose fourth floor flat is thought to be where the blaze started”. There was more.

“A spokesman for Mail Online said the article was not out to blame Kebede and that its coverage was in line with that of other media including tabloids such as The Sun”. That’s most interesting. So what were the inmates of the Baby Shard bunker saying?

Subtle it was not. “Owner of the Grenfell Tower flat where inferno started tells of agony as death toll is feared to top 100 … THE cab driver whose exploding fridge is thought to have started the Grenfell Tower inferno said yesterday: ‘I’m in despair - I knew so many of the dead.’” Except that there is no evidence that the fridge exploded, or even that it was his fridge where the fire started. So the Sun made that up.

Indeed, the Sun’s report continues by telling “Authorities say the cause of the fire is still not known - with some suggesting it was sparked by a fridge fire”. But the smears of Kebede continue too: “Behailu grabbed a bag of belongings before fleeing, believing the fire would be contained in his flat and dealt with by fire crews”. They manage not to mention that he made the crucial 999 call, instead suggesting he wasn’t fussed. 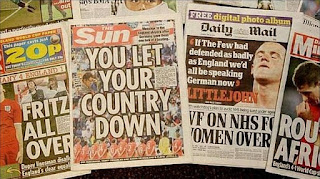 Now that the inquiry into the fire is getting under way, though, some of those press claims are being re-examined. As the BBC has reported, “The man who lived in the flat in which the Grenfell Tower fire started did ‘the right thing from start to finish’, a public inquiry has heard … Lawyer Rajiv Menon said his client, Behailu Kebede, called 999 and alerted his flatmates and fourth-floor neighbours as soon as he saw smoke”.

Then come the press claims. “However, in the wake of the fire, Mr Kebede was made a scapegoat with some newspapers suggesting Mr Kebede's fridge had exploded and caused the fire - something that has not been proven. It was also reported that he had done DIY work to the appliance, which he denied. Police were so concerned about his safety, they suggested he go into a witness protection programme, the inquiry heard”.

And guess what? Menon “accused parts of the media of peddling a ‘nasty lie’ that Mr Kebede had packed a suitcase on his way out, and said that, in the days after the fire, Mr Kebede was harassed by journalists offering large sums of money for his story”. Ah, good old-fashioned tabloid morals - smear the target to soften them up, then wave a wad under their noses. So let’s see just how swiftly those apologies come.

They won’t, of course. The Mail and Sun don’t do apologies. No change there, then.