Once again, an attempt to glorify Switzerland at the expense of the UK has been made, this time in MailOnline’s e-dustbin of rantery RightMinds. Here, former Tory spinner Nick Wood, one of those clever people who talk loudly in restaurants, who has clearly fallen out of love with Young Dave, chides the PM for allegedly running down the home of gnomes, lakes and mountains. 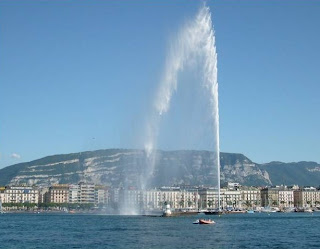 In Wood’s Weltanschauung, we should aspire not to be unlike the Swiss, but rather emulate them, as, well, their country is better than ours. It is? Well, for starters, Wood gets one thing right: the Swiss have rather less debt, but then, they managed to sit out both World Wars, even though Hitler reputedly had designs on an invasion. There’s (famously) no navy, as there is no coastline to defend.

Wood also talks up life expectancy, which is indeed better in Switzerland than the UK. This may also be coupled to a good health care system, which costs around half as much again in percentage of GDP than for the UK. He doesn’t mention that, and nor does he advocate that we should spend more on it. Instead, he homes in on taxes, which he asserts are lower over there.

The problem is that Switzerland has a strongly Federal structure, and things like education are devolved to the Cantons – which is a parallel with the UK, but unlike local Government here, the Cantons have to do the funding themselves. So that headline tax figure may not be strictly comparable. And there are other taxes the average Swiss has to stump up, like motorway tolls.

But recycling is popular in Switzerland, because it costs nothing. But having other rubbish taken away has to be paid for on pain of substantial fines – what was that about low taxes? And food is more expensive, so the higher income may not be such a great advantage – especially as that health care comes from taking out insurance. How low tax and low cost is Switzerland looking now?

The economy may be doing well, and with a population of around eight million but a strong financial sector, plus a good manufacturing base, it should be. Also, the Swiss put a lot into public transport, especially their rail network, an investment that has carried on for decades, whatever the stripe of whoever is in power. Strangely, that does not merit a mention in Wood’s post.

Oh, and on the subject of the EU, which Wood trowels on, Switzerland has negotiated a series of bilateral agreements and moreover has joined the Schengen zone. Wood’s careful use of figures masks the fact that Switzerland may not be the low tax nirvana he suggests, but perhaps he’s in favour of generating 56% of electricity from renewables and only 5% from sources that generate CO2.

As with so many countries, you pays your money and takes your chance.
Posted by Tim Fenton at 16:28