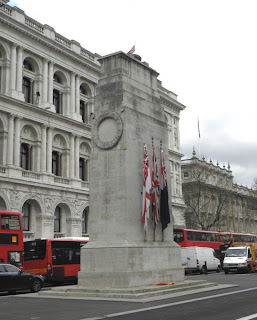 And there is no ambiguity whatever in the Mail piece, under the by-line of Ian Drury, who asserts “The Ministry of Defence is squandering £2.5million a year of taxpayers' money on full-time union staff while forcing crippling cuts on Britain's Armed Forces”. There’s subtle for you. But, as ever, the fact of the matter is a little more prosaic, not that the TPA is interested in that kind of thing.

The latter have put forward Jonathan Isaby, former stalwart of ConservativeHome (not, of course, that the TPA are Conservatives, which was stressed by former TPA spinner Susie Squire to Nick Ferrari on LBC before she went through the revolving door to become a Special Advisor to Iain Duncan Smith, who is, er, a Conservative MP and Minister). Isaby has read from the approved TPA quotation list.

So Isaby begins with “It is appalling”, which certainly gets the TPA approach to facts spot on, before reeling off “we are still being forced to pay scores of MOD pen-pushers to work for a trade union instead of doing their proper job”, “the bloated bureaucracy at the MOD”, and the inevitable “taxpayer-funded union activists”. The scale of false assumption and dishonesty is significant, but predictable.

None of the workplace representatives works for a trade union. If they are employed by and paid by the MOD, then they work for them. Whether the bureaucracy of the MOD is “bloated” or otherwise is not known to Isaby, as he and his colleagues do not engage with the organisations they routinely demonise. And workplace representatives are not “union activists”. So another clutch of whoppers, then.

The Mail then exacerbates matters by asserting that facility time is for “union business”, but it is not: it is for the business of the employer, whether that is health and safety, discipline, dispute, or training related. And – inevitably – we get another run out for the unproven assertion that facility time in the public sector runs at a rate of four times that in the private sector.

Then, at the end of the piece, comes an opportunity for a union to say something, so the obedient hackery of the legendarily foul mouthed Paul Dacre can claim to have allowed balance, but in reality this is yet another piece of knocking copy to order. There is no zero sum game of soldiers versus administrators: if there is no administration, the armed forces cannot be organised, and cannot operate.

But the object, as always, is not to let such inconvenient factual detail enter.
Posted by Tim Fenton at 14:28