You have to hand it to the Maily Telegraph’s Tim Stanley, who you can tell as he’s a doctor. His ability to creatively reinterpret politics Stateside in order to make it look as if the Republican Party is about to sweep the board at the Presidential Election is unparalleled, almost as if he were in training for a later berth at Fox News Channel (fair and balanced my arse). 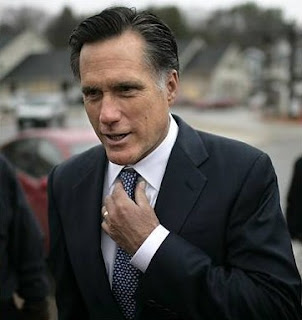 For some time, Telegraph readers have been relentlessly fed the message that Willard Mitt Romney, the one that looks like he stepped out of a Make Your Own Identikit GOP Candidate Kit, is the real deal, a real Conservative – not like that wishy-washy all too liberal Cameron chap – and that he will wipe the floor with Rotten Leftie Socialist Barack Obama. Except reality is not quite like that.

First, Romney kept generating gaffes during his own party’s primaries. The competition, such as it was, should not have detained him. Then came the fun and games with his “retroactive” resignation from Bain Capital, following the revelation that he did not leave when he said he had done, but three years and thousands of jobs exported outside the USA later.

And then some bright spark had the idea of Mitt visiting London, in little-old-Englandland. Obama had done it, and goddamn it, he was not only a Democrat, but his father came from Abroad, so Romney the Candidate would breeze through the visit. And then, after arrival, he gave an interview to Brian Williams of NBC and, with perfect synchronisation, opened mouth and inserted boot.

He insulted the London Olympic Games’ organisation. He forgot Ed Miliband’s name. He called the part of 10 Downing Street that looks out over Horse Guards’ Parade the “backside”. He talked of “A Shared Anglo-Saxon Heritage” (why not go the whole hog and say your opponent is black?). He let everyone know he’d met the head of MI6. And Bozza ridiculed him in front of 50,000 Londoners.

But Stanley was calmness personified: “Sorry Britain, Romney is here to impress the American voters, not us snobby Brits” he warned, seemingly oblivious to the Democrats preparing a short video of Mitt’s Greatest Gaffes under the strongly trending Twitter hashtag of #romneyshambles. What will happen to his electoral prospects once Jon Stewart and Stephen Colbert have finished with him?

And the kiss of death for poor Mitt is that the nastiest gaffe – that on “A Shared Anglo-Saxon Heritage” – has brought the approval of Dan, Dan The Oratory Man, who wheels out part of the Bayeux Tapestry in support of his dubious contention. With friends like Hannan, Romney is in no need of enemies. And all the while, Obama is extending his poll lead.

How Stanley will spin that one is going to be interesting. Over to you, Doctor.
Posted by Tim Fenton at 15:52

Dan Hannan is jumping on the Anglo-saxon bandwagan...with the surname Hannan, as Gaelic Irish a name as you could find?