The vacancy for a new manager for the England national football team may be about to be filled. After “positive” talks yesterday, current West Bromwich Albion man Roy Hodgson appears to be in pole position. This should not seem too surprising a choice: after all, he has managed three national teams before, including taking Switzerland to the 1994 World Cup finals, where England were absent. 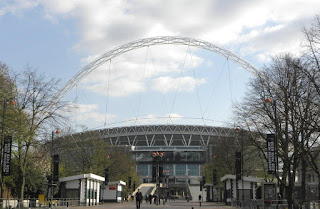 But any such experience counts for nothing with the frankly batshit brigade that is the sports reporting hackery of the Fourth Estate, exemplified by Rupe’s downmarket troops at the Super Soaraway Currant Bun. Because Hodgson is not the man they want to see managing the national team: the hacks – and many pundits – wanted to see Harry Redknapp there instead.

On what rational basis have the hacks been cheering for ‘Arry? Well, he’s doing OK at Spurs right now, he got Portsmouth a trophy, he’s a sound bloke, and, well, that’s it. Redknapp has not managed at international level, so has never had to perform that balancing act of keeping the fans happy while maintaining good relationships with club teams who may have other priorities.

But, dammit, the hacks want ‘Arry. He is the “peoples’ choice”, although no ballot of any kind has taken place, and managers are chosen using other criteria. And going down that road has been less than fruitful in the past: previous “peoples’ choices” have included Terry Venables (left following suspect financial dealings), Glenn Hoddle (tripped up by religion) and Kevin Keegan.

Keegan was painfully honest about his situation, admitting that he could do no better, and left after just two years. By contrast, Alf Ramsey, the only England manager to lift the World Cup, was in post for more than a decade, and it was three years after his appointment when the Cup was secured. He was appointed not because the press said so, but because he was the best candidate available at the time.

What the press never tell is that the best club managers never even consider going near their national team’s top job: Scotland never got Matt Busby, and won’t get Alex Ferguson or David Moyes. Portugal can forget seeing Jose Mourinho in charge. Spain are most unlikely to see Pep Guardiola at the helm, nor Northern Ireland Martin O’Neill.

And on their past record, the hacks and pundits that have whined incessantly about every occupant of the England hot seat have no cause to call out the England team management for lack of competence. None of the great hopes they have championed have got the national team anywhere. Their continued interventions have failed to help the team win anything.

They should cut Hodgson some slack and let him get on with the job.
Posted by Tim Fenton at 12:53

So did Matt Busby, for a few months in 1958. Though both he and Ferguson only took it as a temp position: in Fergie's case, maybe because he knew the United job was up for grabs.

On the post topic, I agree totally. If they wanted an English manager, Hodgson is the best option. Here's hoping he's given the chance to dump the dead wood and create a decent squad.