My congratulations yesterday to Spectator editor Fraser Nelson and his latest “contributing editor”, the flannelled fool Henry Cole, sadly did not go down at all well with the latter. The tame gofer to the perpetually thirsty Paul Staines at the Guido Fawkes blog not only failed to thank me for the good wishes, but also embarked on a petulant smear exercise, which will get him precisely nowhere. 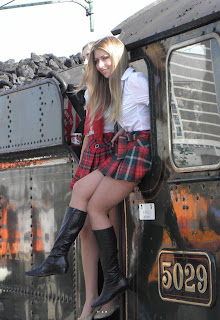 I couldn't possibly have taken this photo

Cole, who does not, repeat not, look in on Zelo Street, took to Twitter to denounce me as “a 60yo lunatic who writes 100s of words a week about me. Apparently I have a ‘vulnerability complex’”. It wasn’t a very good guess on the age, and as to how many words I dedicate to taking the e-cattle prod to the flannelled fool, I wouldn’t know. Only the obsessive go to the lengths of counting.

As predicted yesterday, lashing out ...

But he wasn’t finished yet. Declining (this time) to use the word “stalker”, Cole then asserted “he only photographs other young men”. Really? How can a “60yo” photograph “other young men”? He’s making the usual level of sense, so it’s no surprise to see “But he is a bit psycho”, together with a sneer at the serially tenacious Tim Ireland, who has also got under Cole’s skin (good).

... smears, and a kick at someone else

Master Cole may think that he has been jolly clever, but in reality he is skating on very thin ice when it comes to talk of “he ... photographs ... men” and of suggesting obsessive behaviour. On both counts, he should look to himself first, an examination which could include his pursuit of Labour’s London Mayoral challenger Ken Livingstone, which probably ran not into “100s”, but “1000s” of words a week.

Indeed, Cole can be seen in Adam Bienkov’s video of the aftermath of the Fawkes blog’s notorious “chicken stunt” happily photographing Livingstone, having earlier happily photographed a young man – who was 19 years old, a fact Cole was equally happy to share on Twitter – running around in a chicken suit. One could have hours of harmless fun speculating on his motivation.

Another photograph of a man ... not that it means anything odd, you understand

More recently, Cole wrote several “100s of words” about Labour MP Tom Watson, after having pursued, questioned – and photographed – him over a period of several months. And most recently Cole has changed his Twitter avatar from a photo of Ken Livingstone to one of the Prime Minister, not that this is an obsession with either man, or men generally, or photographs, you understand.

The flannelled fool Henry Cole appears to spend rather more of his time than the average bloke in talking about, chasing after, and photographing men. But this is, you understand, somebody else’s problem, and only somebody else can be considered “a bit psycho” on such matters. Why, when criticised, does he veer towards the subject of “photographing men” so readily?