The Further Leaving Behind Of Liverpool

Back in March, I considered the dilemma of those in charge of Liverpool FC, as the club languished well outside the Champions League places and only two points ahead of Merseyside rivals Everton, a club that gets by on a fraction of the money, and gets by rather well, under the determined leadership of David Moyes. I concluded that it was down to Kenny Dalglish to do the right thing and depart. 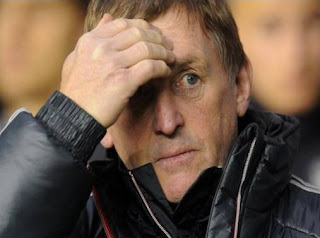 He may be running out of answers

Two months further on, Liverpool have lost the FA Cup Final, not seriously troubling a Chelsea side that has also reached the final of the Champions League, and have concluded the Premier League term not two points ahead of Everton, but four points behind them. It is the team’s worst season for 18 years, and now the decision on the manager’s future may lie outside the UK.

Dalglish still appears to have the belief that he is the man to lead the Reds next season, and wants assurances from current owners Fenway Sports Group (FSG) that his position is secure. And, to that end, he has travelled to Boston to present his end of season report personally to head man John W Henry and club chairman Tom Werner. He may not get the answer he wants to hear. 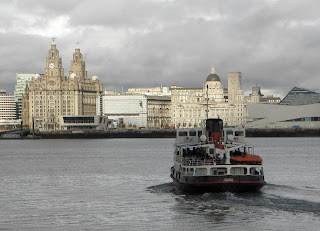 It is not the Liverpool way to indulge in the time-honoured pastime of “sack the manager”, but Dalglish has to face up to inconvenient facts: it has taken, to put it bluntly and cruelly, £110 million of expenditure to beat Championship side Cardiff (that was the League Cup final). Expectations are inevitably high for both owners and fans. And there is nobody else to carry the can.

Daniel Comolli, the club’s former director of football, has been sacked ostensibly for being a little too ready to splash the transfer cash. But all the players he went after were identified for him by Dalglish. Roy Hodgson was an earlier casualty, yet he went on to not only keep West Brom in the Premiership, but also get the team into the top half of the table, before getting the England job.

Whichever way you look at it, King Kenny has not cut the mustard at the club where he was such a success as a player. There has been no inspiration, results have varied between patchy and dire – finishing with defeat at Swansea last Sunday – and crucially, no sign that there will be any improvement any time soon. The only bright spot is that the cup win has secured a Europa League place.

The only proposal Dalglish appears to be putting forward is to buy more players. But FSG already did that, and it got them precisely nowhere. The owners should not, though, just sack Dalglish unless they have a game plan – which would involve having another manager lined up. John W Henry didn’t get where he is today without being able to take difficult decisions, and thinking it all through.

The extent of that thinking and decision making we will know by next weekend.

[UPDATE1 1310 hours: the Twitter rumour mill has been rumbling away in the past hour and a half - soon after my original post - to the effect that Dalglish may already have left his post, either "by mutual agreement", or resignation. Events Stateside are clearly moving rather quicker than I anticipated, and the extent of the FSG decision making process may be known before the day is out.

However, consider that final paragraph: I would not expect FSG to accept Dalglish's resignation unless they had another manager lined up. Early speculation naming Roberto Martinez and Rafa Benitez I would rate as unlikely. But I reckon John W Henry will want someone who already has experience of managing in the Premier League. More soon]

[UPDATE2 1840 hours: the rumour mill has died down, and the Mirror has a credible report that Dalglish has already returned to the UK after meeting FSG officials, with the group's management left to consider their next move. That would figure, as Dalglish is apparently departing for a pre-arranged holiday tomorrow.

But the silence from both Liverpool FC and its owners Stateside is only going to add to the belief that FSG have decided to move on from the era of King Kenny. If they have done so, expect Dalglish to sever all ties with the club - the idea of being "kicked upstairs" would be out of the question in the circumstances]

[UPDATE3 16 May 1700 hours: as I predicted, Dalglish did not get the answer from FSG that he wanted to hear, and he and Liverpool have parted company, speculation being that he was dismissed. And, as I posted later yesterday, he isn't being "kicked upstairs".

Apparently, FSG have a list of targets to replace Dalglish. The rumour mill has once again settled on Roberto Martinez (after he kept Wigan in the Premiership) and Rafa Benitez (because he is still well liked by the supporters, and still lives on Merseyside). I'm not persuaded that either are first choice.

As I said previously, FSG will want someone who has already managed in the Premiership, but added to that, they need to be available soon, and have possibly already been approached. Whoever the name in the frame is, if he's been sounded out, it looks like he's happy with Steve Clarke staying in post. Draw your own conclusions]

[UPDATE4 19 May 1050 hours: bizarrely, Steve Clarke handed in his resignation, only for it to be declined, which is a concept I'm having difficulty deciphering. One piece of bad news for Liverpool FC - illustrating just how far the club has fallen in the past three years - is that Swansea manager Brendan Rogers, who had been thought a potential candidate for the vacancy, has turned it down.

The club has, though, been given permission by Wigan Athletic owner Dave Whelan to talk to Roberto Martinez, but I still don't believe he is first choice. Interestingly, the BBC, after suggesting that former FC Porto man Andre Villas-Boas was unlikely to be considered, has amended its report to just tell that his representatives have spoken to the club.

Villas-Boas is a free agent after his dismissal from Chelsea - premature in my opinion - and has a point to prove. Of course, the manager FSG would really like would be Villas-Boas' compatriot Mourinho, but I doubt either that John W Henry is prepared to open his wallet wide enough, or that the current Real Madrid boss could deliver instant success, as he did at Chelsea. More later]
Posted by Tim Fenton at 10:57