While Rupe’s Stateside troops brace themselves for the tide of legal actions and law enforcement enquiries to cross the North Atlantic, the hacks at one of his papers have not been helping matters. At the New York Post, a tabloid which by pure coincidence has acquired some of the characteristics of the Sun, sports writer Phil Mushnick has set off a storm of protest after recent comments on the Brooklyn Nets. 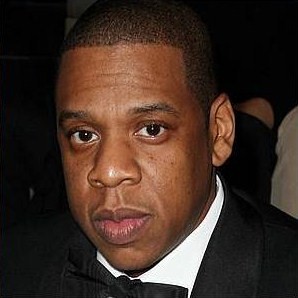 The Nets’ franchise is part owned by one Shawn Corey Carter, to which the first response might be “So what?” until one refers to him by his stage name of Jay-Z. The now legendary rapper has long ago made his fortune, and has diversified into clubs, clothing, and yes, pro basketball. But Jay-Z is clearly not admired by Mushnick, who laid into his relationship with the Nets this week.

This is what Mushnick wrote in his Equal Time column for the Post yesterday: “As long as the Nets are allowing Jay-Z to call their marketing shots — what a shock that he chose black and white as the new team colors to stress, as the Nets explained, their new ‘urban’ home — why not have him apply the full Jay-Z treatment?

Why the Brooklyn Nets when they can be the New York N------s? The cheerleaders could be the Brooklyn B----hes or Hoes. Team logo? A 9 mm with hollow-tip shell casings strewn beneath. Wanna be Jay-Z hip? Then go all the way!” This precipitated immediate and sustained condemnation.

Mushnick was called out for being blatantly racist, and moreover questions were asked as to how the editorial staff at the Post let the comments through. But others were not surprised. Keith Olbermann, long time sports commentator before he turned to mainstream news and politics, sparingly commented that “Mushnick profanes our country”. 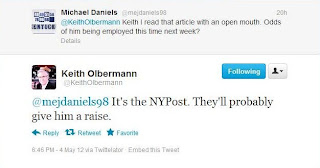 And when another Tweeter asked Olbermann what the chances were of Mushnick being employed next week, he replied “It’s the NYPost. They’ll probably give him a raise”. Indeed, the Post’s editors have confirmed that they have no issues with Mushnick’s comments, while he has been in full victimhood mode elsewhere.

“Jay-Z profits from the worst and most sustaining self-enslaving stereotypes of black-American culture and I'M the racist?” he told Bob’s Blitz. With friends in the newsroom like Phil Mushnick, Rupert Murdoch is in no need of more enemies. Isn’t it strange how he attracts folks like that wherever he goes?
Posted by Tim Fenton at 15:26