The pressing need to keep punters interested in buying their product means that the latest news in the saga of abducted toddler Madeleine McCann has been once again inflated rather further than the facts will stand. Today’s silliness concerns a report by a taxi driver that he believes a group he picked up just after Madeleine went missing had her with them. 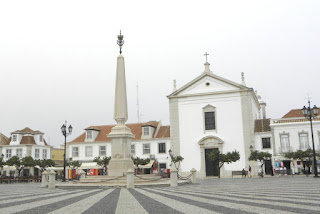 Sadly, though, the claim of Antonio Castela has not been subjected to any kind of reality check. He collected his fare – four adults and a toddler who he believes could be the missing girl – from Monte Gordo and took them to a hotel in Vila Real de Santo Antonio. The first problem is where the hacks describe Monte Gordo as “an hour’s drive” from Praia da Luz.

One would have to break more than the odd speed limit to get from Luz to Monte Gordo in an hour. This would require an average speed of 140km/h – well over 85mph – because the two locations are 140 kilometres apart. We’re talking opposite ends of the Algarve coast here. That may not invalidate the story – it’s just symptomatic of the routinely shoddy reporting.

Then readers are told that none of the group spoke during the journey. This may sound unusual, until you look at how close Monte Gordo and Vila Real de Santo Antonio are – they are adjacent resorts at the Eastern end of the Algarve, by the Spanish border. The taxi ride would have taken no more than five minutes, given the time of day when it took place.

Castela says the Policia Judiciaria (PJ) took the details but did not interview him. This is initially interesting, until you consider that they were also being given details of sightings from scores of other public spirited citizens who also wanted to get them on record. It would be interesting to know just how many Maddie sightings were relayed to the PJ in the days following her disappearance.

One hates to just dismiss Antonio Castela’s claim – he clearly believes he has vital information to offer – but every one of these supposedly clinching sightings has thus far not produced a Magical Maddie Moment, and those sightings have stretched into the hundreds, maybe more. It sells papers, and stokes up the why-oh-why meter, but it does not move the investigation forward.

Meanwhile, the case continues to receive significant coverage locally (you can see the latest two pieces in the Público HERE and HERE). And it is this continued visibility that will persuade the PJ to have another look at the case – not more over-inflation of every sighting in the UK press.
Posted by Tim Fenton at 11:03