All those papers speculating on the past of former Prime Minister Ted Heath - who died a decade ago, and, of course, “dead men don’t sue” - have been having the proverbial field day, as the lurid rumours that had circulated for years because, well, he never married, nudge nudge, wink wink, and all that, were exhumed for the sole purposes of prurient interest - and the flogging of a few more copies. 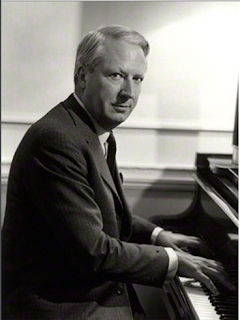 And taking its reserved seat on the front row of the outrage bus was, to no surprise at all, the assembled hackery at the Daily Mail, showing that even with the legendarily foul mouthed Paul Dacre convalescing, the why-oh-why autopilot remains firmly engaged and they just carry on whining. This, for the Mail, is far more advantageous than getting off their backsides and indulging in actual investigative journalism.

Starting on Monday, off they went: “'Police dropped case against brothel madam to cover up paedophile claims against former PM Ted Heath': Wiltshire force being investigated over allegation by 'very senior' former officer” told the Mail. There was more: “Wiltshire Police accused of ignoring sex abuse claim in the 1990s … Man may have been let off prosecution after threat to expose Sir Edward”.

And on it went the following day: “Now FIVE police forces reveal they are investigating abuse claims against former Prime Minister Edward Heath as it emerges more alleged victims have come forward” screamed the headline, with readers reminded that “Brothel keeper may have been let off after threat to expose Sir Edward”. Then the Dacre doggies went into righteousness overdrive - they identified the brothel keeper.

“Brothel madam who threatened to expose Ted Heath as a paedophile is unmasked - as FIVE police forces reveal they are now probing PM sex claims” they gasped yesterday. However, and here we encounter a significantly sized however, Myra Forde, who went under the suitably exotic alias of “Madam Ling-Ling”, had a confession to make - she didn’t have any dirt on the former PM. Not one gramme.

As a more measured BBC report told, “Myra Forde's ex-lawyer says she did not state that the late PM was a client, nor did she threaten to expose him if a prosecution against her was continued … Forde says she has ‘no knowledge of any misconduct on his part’ and recent media coverage had caused her distress”. After the trial the press has been taking about, she was jailed for six years. And she’s got guilty again more recently.

Now, the barrister leading the prosecution in that case has poured cold water on all the claims: “Nigel Seed QC said he stopped the prosecution against Myra Forde … due to a lack of witnesses rather than because a claim of child abuse against Sir Edward would be exposed during her defence”. He added “The business about Edward Heath, well, nobody believed it at the time. She was a common criminal fighting to keep her liberty”.

That’s what you get when you can’t be bothered doing the investigative journalism.
Posted by Tim Fenton at 15:40

The Mirror also devoted much page space to this. An MEP pointed out on their letters page today that much of their coverage was decidedly guilt by association and homophobic.

You may have spoken too soon on this Tim. Why was there a lack of witnesses? And no-one suggested at the time that the brothel keeper had made the allegations about Heath. i believe that the suggeation is that witnesses who were going to make allegations withdrew, so tha case collapsed.