As I noted the other day, pro-am motormouth Katie Hopkins was interviewed, by prior appointment, by the Metropolitan Police last week following a complaint by the Society Of Black Lawyers directly to Bernard Hogan-Howe regarding the Sun column where Ms Hopkins likened refugees crossing the Mediterranean to “cockroaches”, along with a number of other less than totally felicitous remarks. 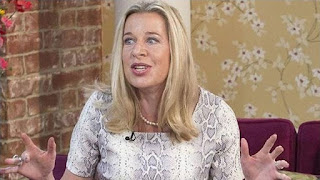 What we have not heard since then is any comment from supposedly new press regulator IPSO on the matter. This is important for two reasons: one, this body has already batted aside a complaint about the Hopkins column, and two, the case has parallels with what happened with the phone hacking saga, when the PCC pretended that nothing was happening and effectively looked the other way.

That decision cost the PCC its credibility and led to its demise. Yet after we hear that it “rejected all complaints that Katie Hopkins’ Sun column on migrants was discriminatory on the grounds that it did not refer to a specific individual”, this is followed by “An Ipso spokesperson confirmed that the regulator does not have the power to pursue complaints about discrimination against groups of people if no individual is specified”.

Where is Alan Moses? What is he doing to ensure that doesn’t happen in future? It’s all very well taking the stance of “IPSO can’t deal with criminal matters, and phone hacking was a criminal matter, so if this is a criminal matter as well, it’s none of their business”, but this is supposed to be an independent press regulator, able to tackle issues the PCC could not, and to snuff out the serious stuff so it doesn’t have to be referred to the Police.

Does Alan Moses want to go down in history as the man who the press establishment took for a mug and who then ended up in the same mire as Peta Buscombe - the head of the PCC when phone hacking became public knowledge? He has claimed that he will make IPSO more “Leveson compliant” (he won’t). He’s the fig-leaf of credibility for the press. If they lose him, IPSO is well ad truly bust.

Even if Katie Hopkins is given nothing more than a Police caution, or a cursory fine, IPSO will be in trouble, because they are the body that should be defining press standards and professional ethics BEFORE matters get anywhere near the law enforcement authorities. Unless the complaint is dismissed - and the further the investigation proceeds, the less likely that will be - this will be marked down as a failure by IPSO.

It is for that reason that those campaigning for properly independent press regulation will be watching this case very closely indeed. Just as the PCC did before them, IPSO has engaged autopilot, wiped the press’ backsides for them, shrugged its shoulders and responded “nothing to do with us, Guv”. The best they can hope for is that the Police or CPS decide to knock it on the head and take no action.

Anyone still needing to know what Hacked Off have been driving at need look no further.
Posted by Tim Fenton at 10:50