Observing Left Foot Forward’s observations on the Murdoch Times managing to miss covering the launch of the Labour manifesto on its front page - then splashing on the Tories’ launch the next day - my good friend Peter Jukes Tweeted “Every time I think I've gone too far criticising loss of objectivity in British Press something like this comes along”. The right-leaning part of the Fourth Estate out-does itself once more. 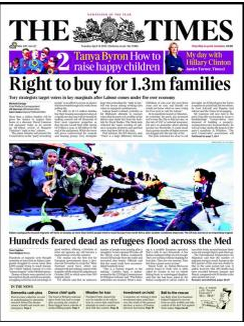 Look whose manifesto this doesn't mention

And what is worse than the lack of objectivity in what was once, like the similarly-afflicted Telegraph, a paper of record, is the attitude of its journalists, who, along with their colleagues at other papers, cannot understand the egalitarian world of social media, where nobody needs permission to speak, and anyone and everyone is free to call out the establishment for its shortcomings.

LFF told that “this was the week the two - that’s two - main parties released their election manifestos to the country … Yet the Times newspaper, thought to be less partisan than other papers, could find no space on its front pages for the Labour manifesto – not even as a smaller story or tiny short at the bottom of the page”. Worse, the Tories had been given mainly uncritical coverage both on Monday and Tuesday.

The article continues “It’s as if these covers were printed in an alternate Tory universe where only one party is running, or at least with any chance of success … You would expect this sort of thing from the openly conservative newspapers … But the Times is still considered to be a more serious and objective newspaper, both here and around the world”. Perhaps some of Rupe’s supposedly upmarket troops would care to comment? 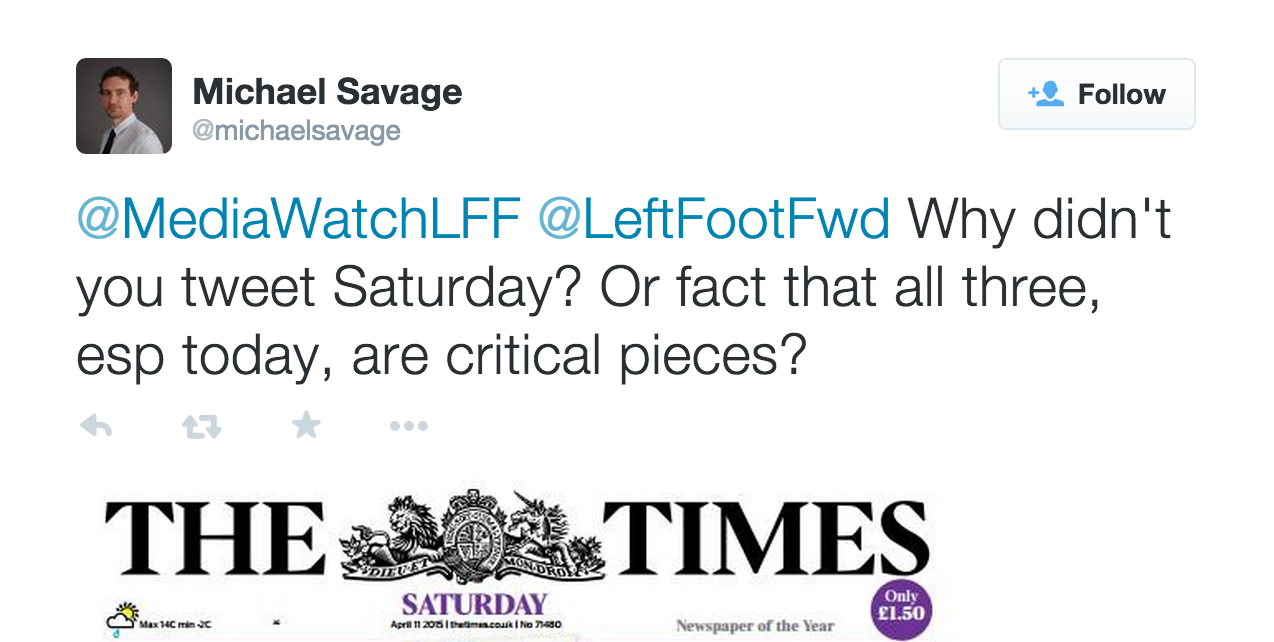 So it was that Times chief political correspondent Michael Savage took to Twitter to respond to LFF, demanding “Why didn't you tweet Saturday? Or fact that all three, esp today, are critical pieces?” LFF duly engaged with Savage and replied “Sat was better, but why bury launch? + a bit critical, but from the Right. EU negotiation top issue for voters? Pls read post”. All of which was perfectly cordial. 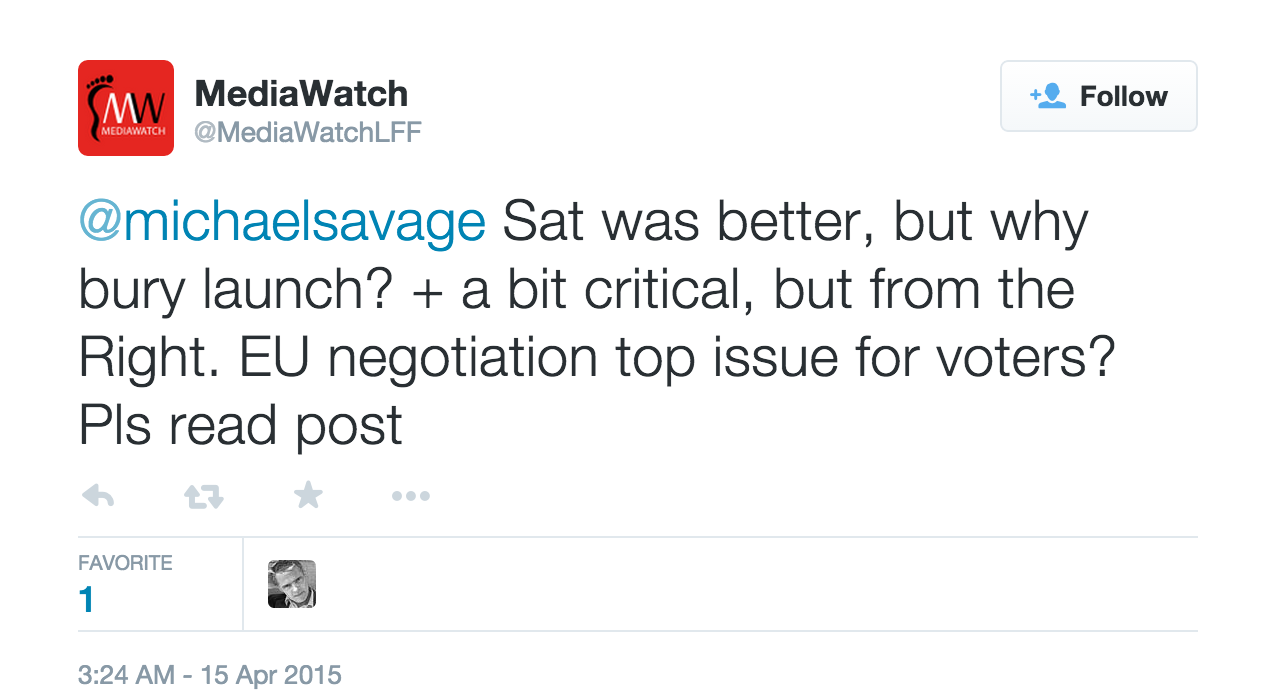 But Savage was not for discussing the matter with mere Twitter users: they had been told, and should not have been so insolent as to talk back. You think I jest? Here is his riposte: “so many errors in that tweet alone, think i'll leave u to your extremely lazy analysis of the media scene. Good luck with it”. In other words, “Look over there, it’s your fault, you’re rubbish, you don’t really understand, and you ought to know your place”.

LFF pitched a legitimate question. It was Michael Savage’s choice to enter the Twitter discussion (he was not tagged in LFF’s original Tweet), but he would not, or could not, bring himself to understand that Twitter is not a medium where you make statements and everyone else has to accept them and otherwise behave like good little children. Everyone is treated strictly on merit - or the perceived lack of it.

Michael Savage is not alone in his inability to comprehend the new information democracy. But his example shows why so many hacks have a problem with social media. And social media is not about to go away and leave the establishment in peace.
Posted by Tim Fenton at 13:02

Am I right in thinking this could be the first UK election in which Uncle Rupe could be failing to back the winner?

It essentially puts his business model on its head.