Most papers long ago dispensed with any pretence of knowing one end of rail and air travel from the other: the best they can manage nowadays is to have someone road testing the latest motahs. So when West Coast Railways (WCR) had their operating licence suspended by Network Rail (NR) recently, the best the nationals could manage was the Mail’s “Hogwarts Express suspended”. 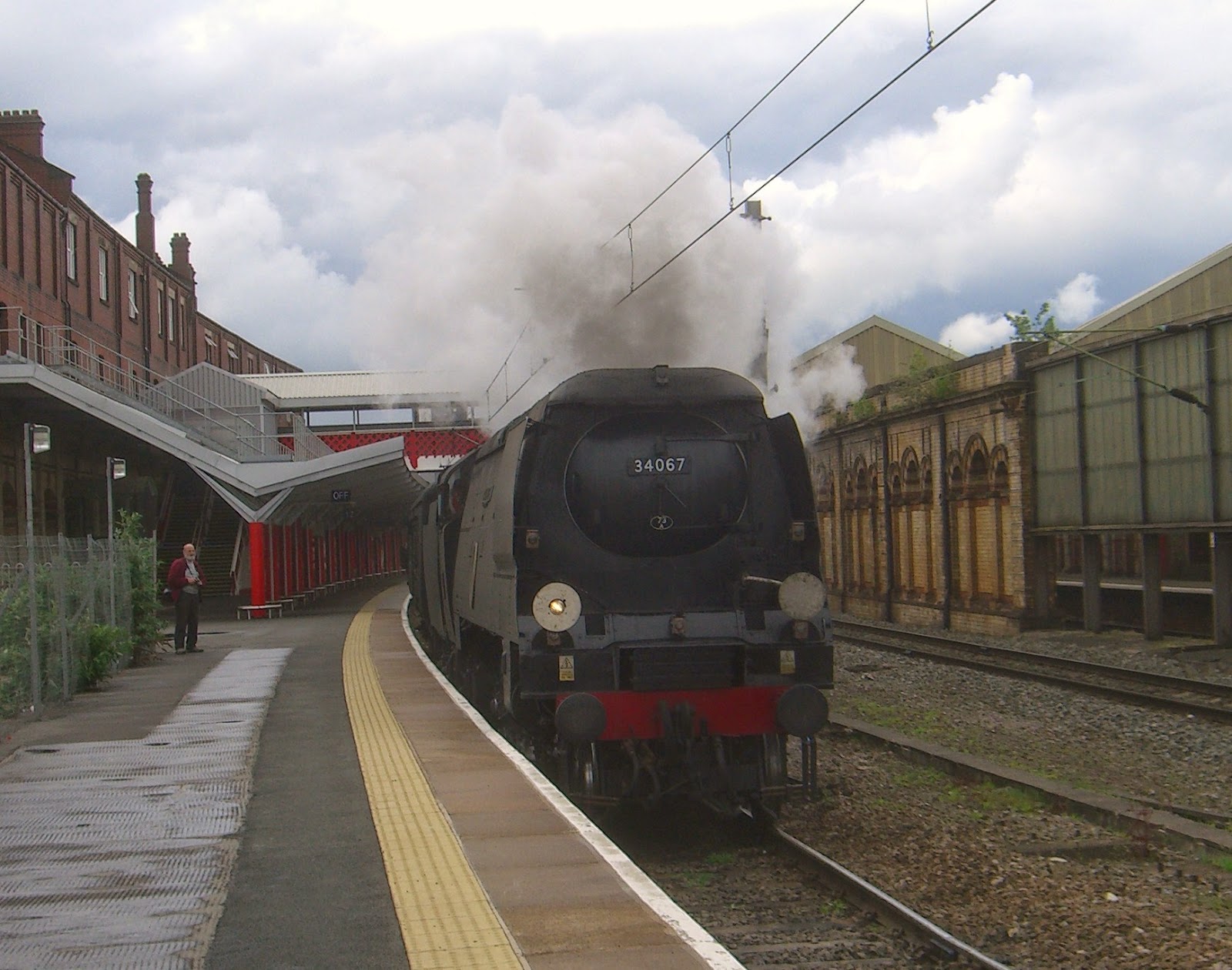 The report continued “Services by West Coast Railways have been suspended following the incident on March 7 in which a train failed to stop at a signal … According to reports, a 100mph collision between a steam excursion and a First Great Western high speed train was missed by barely a minute”. Apart from getting the speeds all wrong, and missing just how potentially serious the incident was, it’s not a bad first attempt.

What the press has not told its readers is that there could have been a serious accident, and that the operation of a WCR excursion train appears to have bordered on the reckless. As the RAIB report notes, “train reporting number 1Z67, the 16:35 hrs service from Bristol Temple Meads to Southend, passed a signal at danger on the approach to Wootton Bassett junction, Wiltshire. The train subsequently came to a stand across the junction”. 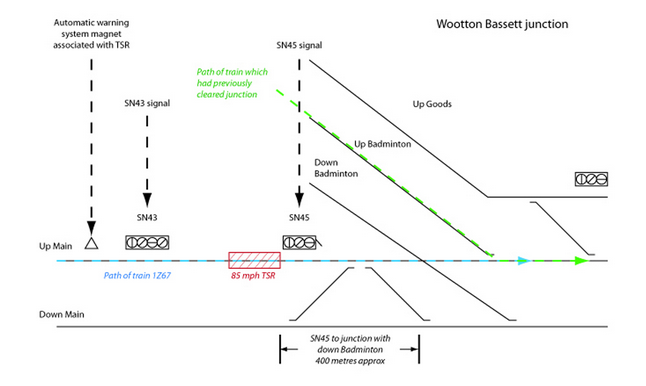 In other words, blocking any movement to and from the South Wales lines (see diagram). Had a train been signalled on those lines at the time the Signal Passed At Danger, or SPAD incident took place, you do not need any prompting to be able to figure out what would have happened. So how could a train have overshot a red signal on a line equipped with the Train Protection and Warning System (TPWS), which should have prevented it?

This is where it all becomes truly jaw-dropping. The driver of train 1Z67 failed to acknowledge an Automatic Warning System (AWS) signal for a temporary speed limit on the approach to Wootton Bassett Junction. The brakes therefore applied automatically. The train should have come to a stand and the crew would then be expected to contact the signaller. But someone in the cab overrode the automatic brake application.

“Evidence shows that the driver and fireman instead took an action which cancelled the effect of the AWS braking demand”. This “had the effect of making subsequent AWS or TPWS brake demands ineffective”. The train should have slowed after getting a single yellow signal approaching the junction, but did not. When the driver saw the red signal, he braked too late. TPWS would have done the job for him. But see above.

Safety systems like AWS and TWPS have evolved after decades of hard lessons have been learned - like what happens when such safeguards are absent. You want an example? That excursion was hauled by steam locomotive Tangmere. In the days before AWS and TPWS, sister loco Spitfire rear-ended another train near Lewisham in heavy fog. Ninety people lost their lives (full accident report HERE).

That’s why it’s serious. Today’s Railway cannot allow unsafe and reckless practices to develop. And today’s press needs to understand and report this kind of incident.
Posted by Tim Fenton at 13:11

These safety systems were introduced following several high-profile incidents where "SPADs" were the direct cause of several major, and unfortunately fatal, rail crashes, notably those at Purley and Ladbroke Grove in the last 25 years or so.

Most of the current safety mechanism was put in after Southall 1997, where one end of a train had a TPWS failure and rather than cancel or turn the train, both costing time and money, the train ran without the safety net. WCRC have been pushing the limits for quite a while now, and this incident (and the slack response from WCRC) appear to have been the final straw for NR to act.

The Mail (and BBC) were doubley sloppy. The RAIB report was published on March 27th and both missed it. It wasn't until Netrwork Rail's belated reaction and accompanying press release that anyone woke up. So question 1 should have been why did it take Network Rail a full week to react, especially since they would have had some advance warning of what RAIB had found? In actual fact WCR trains have not stopped (so far)because they have subcontracted others to do the "operational" bits that need a licence.

What exactly RAIB have found is not clear. The data recorder has presumably shown that the crew isolated the AWS/TPWS, and telephone logs seem to have shown they didn't follow the rules. But rule breaches on that level happen (more accutately,are found out about) a few times a year and none of the big companies get suspended. And a couple of years ago one cowboy (well American owned...) outfit sent out a driver who wasn't licensed for a route with a diesel loco that wasn't legal for use and when he SPADed they didn't get this reaction. So, have RAIB found something even worse than they have announced? Or were WCR already on warning for things that haven't been publicised?

Or are Network Rail just using this as an excuse to start banning steam locos from their (more accurately, OUR)tracks?

This close to the election, it is worth mentioning that most of the "Not-ex-BR" end of the market are reliant on drivers on zero hour contracts who obviously can't argue about standards or the phone will stop ringing. More worryingly, WCR also use drivers who work full time for proper companies and then do a bit more for WCR on their days off. It's far from clear how accurate the "Hidden rules" records are kept.


So, all that the think about and the best the Mial can do is a reference to Harry Potter!

There have been a number of concerns on NR and the regulator's side regarding WCRC's response to previous incidents, hence the suspension. Major Toys have robust policies in place to deal with these events (exceedingly rare) - normally prosecution and sacking for isolation and Cat A SPAD without informing signaller - and considering how many trains a year are run, we are talking exceedingly rare occurrences. WCRC appear to have a number of incidents under their belt for relatively few trains run; hence the response from NR.

The DCR incident was likely dealt with in a robust fashion by DCR internally; speaking to a Driver Competency Manager some time after the incident it appeared they had shaped up considerably.