Liz Jones Takes The Piss Out Of Herself

This weekend is a holiday weekend. I know this as B&Q in Crewe was closed earlier when I looked in, or intended to: so there will have to be another visit. One cannot begrudge all those not-so-very-well-paid folks being able to have a couple of days off. This most people understand. But for the mildly batty Liz Jones, there can be neither understanding, nor even tolerance, because she has been inconvenienced. 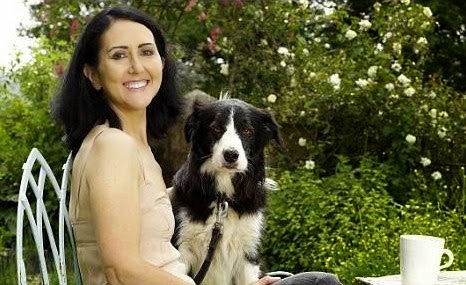 “Our souls need hard work, not bank holidays and lunch hours” she tells the world, to which I say Our Soles to you too, dearie, and get yourself a sub who knows how to write a headline less reminiscent of a Derek and Clive sketch. But, as Clive James might have said, I digress. Things are serious at Liz’ new North Yorkshire gaff.

“ON Maundy Thursday, which in this column I will be referring to as ‘Thursday’, as I believe in neither God nor bank holidays, I went to get in my Land Rover to go and purchase grass seed, only to find the rear windscreen shattered” she tells. Serves you right; I walk over to B&Q. You live out in the sticks, you get inconvenienced.

And she couldn’t get it fixed this weekend. Big intercoursing deal. “Why, in last week’s leaders’ debate, did no one talk about banning bank holidays, surely the worst pox on this country since VAT and the Congestion Charge?” she whined, unaware that, for some people, it’s one of the few times they can get a few days’ rest.

What’s wrong with Easter, anyway? “Easter is merely seen as an excuse to eat chocolate and clog up the A1”. It gets worse: “On Friday evening [I] failed to get a table at the normally deserted Thai restaurant in Richmond, here in the Dales”. Use your common sense. Eat elsewhere. Get a takeaway. Try cooking for yourself, like ordinary people do.

You want more selfish? Here it comes: “I called the press office of one of the big firms whose CEO signed that letter damning Labour, only to be told the woman I wanted to speak to was ‘probably at lunch’. I asked to be put through to her boss, who told me: ‘She’s entitled to a lunch hour.’ No she’s not, I told her. She knew I needed information, so she should have asked a colleague to fetch her a sandwich”.

Perhaps not everyone out there has a sandwich-fetcher on call. Perhaps being mildly inconvenienced is just one of those things that mere mortals have to tolerate. Perhaps the Mail On Sunday’s readership might run out of patience with tales of poor, downtrodden Liz Jones, her expensive motah and her inability to figure out the world around her.

And perhaps she could get her story straight once in a while. “I’ve never taken a lunch hour in my life” she asserts today. So how come last week she was telling readers “cooking involves huge amounts of shopping – the lugging of carrier bags in our lunch hours”. You wouldn’t know, remember? You don’t take lunch hours.

Hello Liz Jones! You long ago became a mere parody of yourself. Now the only thing you’re fit to advertise is self-pity. And nobody cares about that. Get real.
Posted by Tim Fenton at 17:27

The sub probably did the headline deliberately. It's what I'd have done.

Nobody cares about self-pity? The next thing you know, the bottom of the righteous-indignation market will drop out from sheer laziness and self-pity levels at the Rothermere Sunday Stürmer will reach a whole new level of compassion.

The souls at the Mail titles could do with a little of the milk of human kindness - but I guess that wouldn't sell too many copies?

The lack of service on Good Friday and Easter Sunday was not so much to do with "Bank Holidays" (Sunday wasn't one) but because trading hours laws specifically limit businesses on those days due to intense pressure from christian lobby groups. Obviously if they had been ignored the Mail would have seen this as another part of the war againt christianity! If these were ordinary bank holidays the average worker in the service sector would have been told to turn up as normal.