One hates to dedicate too much time to the perpetually thirsty Paul Staines and his rabble at the Guido Fawkes blog, but once again, their appalling ignorance has surfaced in a cheap, nasty, and plain flat wrong attack on Green Party leader Natalie Bennett, who has committed the heinous sin of reading the deeply subversive Guardian while travelling by train from London to the West Midlands. 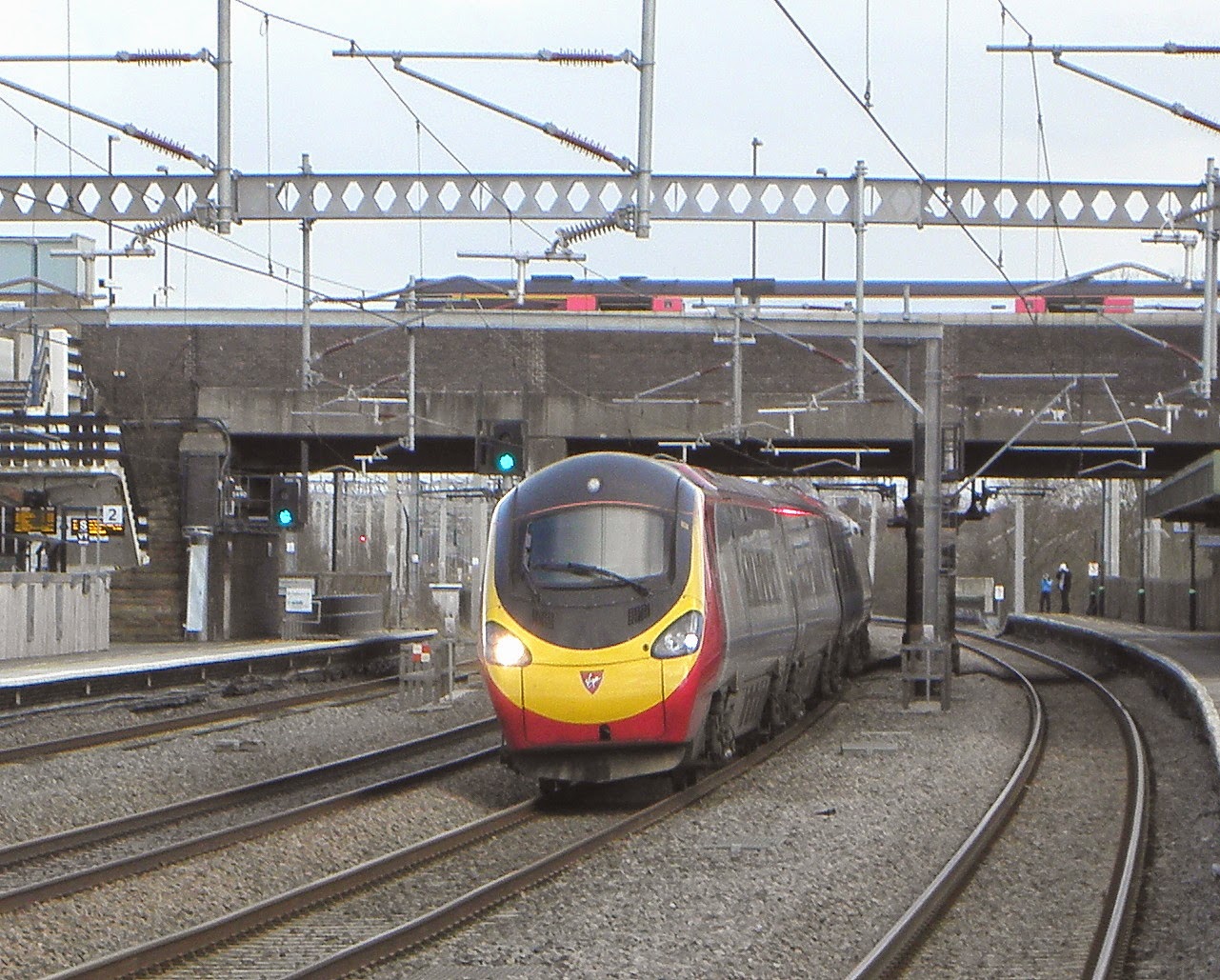 What has irked the Fawkes folks yet more, though, is that Ms Bennett is clearly travelling in the First Class section of the Virgin Trains’ (VT) TiltyLiner (tm). Due to knowledge of rail travel being not unadjacent to absolutely Zilch chez Fawkes, this has been taken as a sign of largesse, especially as, it seems, Ms Bennett is on her way to appear on this week’s edition of the BBC’s Question Time, which comes from West Bromwich.

“First Class Hypocrisy” announces the headline, below which there is a photo of Ms Bennett sitting in Coach H, which I can confirm is definitely First Class. She appears to be taking advantage of the complimentary at-seat service, which will also have the envy meters of the Fawkes rabble spiking away merrily. “Sitting in first, reading the Guardian, while on her smartphone” observes the writer.

Yes, nothing gets past the Fawkes people. And they want you to know that you, the licence fee payer, are paying for this: “On the way to Question Time, paid for by your licence fee”. Because, as any fule kno, First Class is dead expensive, isn’t it? Well, not necessarily, and certainly not with VT, as a little research - that basic journalistic skill that tends to elude those in the vicinity of the Fawkes blog - will show.

Ms Bennett will probably have booked her journey in advance, as Question Time would not have booked her on spec: these things tend to be organised carefully, especially in the run-up to a General Election. Now let’s mosey over to National Rail Enquiries (NRE), and look at fares for the 1503 hours ex Euston, arriving at Birmingham New Street at 1627 hours, for next Thursday, 30th April, i.e. booking in advance.

An “anytime” single works out at £84.00, and one might expect that the BBC would be quite happy to reimburse a panellist for this amount. But a First Class advance ticket can be had for just £50, rather less than the £115.00 First Class “anytime” fare. If Ms Bennett has taken advantage of this kind of offer, then, far from stinging the licence fee payer for more money, she is actually doing us a favour and saving it.

Did the Fawkes rabble check this out beforehand? Did they buggery. And, just to get readers to “look over there” and not dwell on their shoddy blogging (one can hardly call this kind of tat “journalism”), we are asked in closing “Will the Greens keep first class when they renationalise the railways?”, which is as irrelevant as the rest of this piss-poor knocking copy. Ignorance, for the Fawkes folks, is bliss.

Which means they’re still good for that 4% positive trust rating. Another fine mess.
Posted by Tim Fenton at 17:28

I've sometimes got first class from St Pancras to Sheffield - it can cost the same as standard, or maybe a couple of pounds more.

£20 more on the day when I do the computer security show so I book the ticket, get the receipt then upgrade so work pays the lions share and I pay for a power socket, a table and, like any politician fighting an election, the chance to do some work or get ready for showtime.

I don't begrudge any politician doing this.

One oddity is that on some routes the standard class advance sells out faster than first advance, so for a while First Class is cheaper than the next available Standard fare!

And before he has a go at "complicated" rail fares, sometimes Ryanair cheap tickets sell out leaving only their dearer ones which people assume are still the best bet, whilst carriers like BA have cheaper offers.

Hi Tim, this might be a rail story worth keeping an eye on, which journalist will link The Taking Of Pelham 123 and the word EUROPEAN!!!1! first?

Note the photo shopping too, red lights on bottom signals.