There’s only one problem in starting a meme taking the piss out of how the left, or right (or whoever) Tweets, and that is that someone is bound to bring the process full circle and thereby back to its start point. And that start point is Dan Hodges, the Colonel Nicholson of the Labour Party, whose Twitter style, or lack thereof, is worthy of its own guide. So here are seven simple rules for how to Tweet Hodges style. 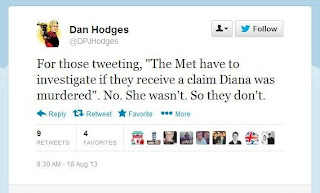 1 Latch On To Statements Of The Bleeding Obvious Providing Dan gets in there before too many people have had chance to comment, he can then claim to have been right all along. The assertion that someone from the SAS killed Diana, Princes of Wales is typical: as soon as news emerged that someone was “assessing the credibility” of the source, you knew it was a crock of crap. 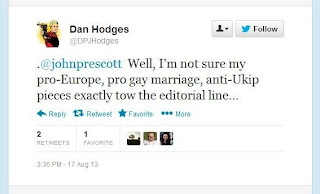 2 Ridicule Anyone Calling You Right-Wing The very cheek of it – Dan wants you to know he’s pro-Europe (what’s the matter, Dan, problems with that “EU” acronym?), pro same sex marriage, and anti-UKIP. And don’t mention that photo of Dan with Lynt after Bozza got elected last year. 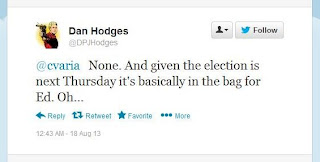 3 Call The Labour Leadership Rubbish Yes, despite the General Election being almost two years away, Mil The Younger is going to lose it. Not that he’s bitter at the wrong brother winning the leadership contest, oh no. 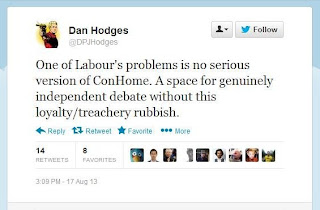 4 Say Labour Should Be More Like The Tories No, Dan’s not drifting to the right (see above), but if only Labour had something like ConHome. Then there wouldn’t be any of “this loyalty/treachery rubbish” (file also under “assuming freedom to speak about issues within the party is all I’m doing, honest”). 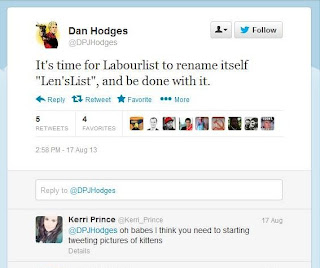 5 Labour Fora You Dislike Are In The Pay Of Someone Horrid So Labourlist is personally run by a rotten leftie Union boss from LIVERPOOL. See, that’s just so many frightening things in one sentence. 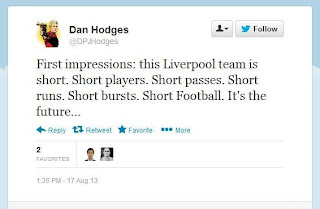 6 Pretend To Be A Credible Football Pundit Like having a dig at Liverpool yesterday, only for them to win. Cos that’s where rotten leftie Union bosses come from. 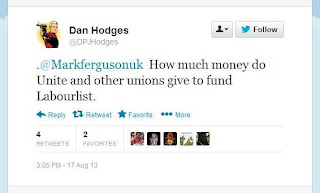 7 Do Away With Question Marks An indispensible Hodges Tweet characteristic. Is he asking a question. Does he have a problem with punctuation. Where are the question marks. Am I getting my point across.

And remember, if anyone keeps asking difficult questions, you can always block them, because then they don’t really exist. Honestly. Sort of.
Posted by Tim Fenton at 17:35

Crikey. You're actually following Hodges and therefore must have infinite reserves of patience.

If Labour win in '15 I cannot WAIT to see how he reacts.

I hope Labour wins in 2015 purely to see how he wriggles out of it. Over on mail watch forum we got bored of him after a while. BTW does anyone know what's happened to mailwatch forum?

Mailwatch is working again. Agree about Hodges, and his English is piss poor. 'Tow' the line? Please...