Over at the bear pit that is Telegraph Blogs, one pundit has seen the latest project of Aaron Sorkin, The Newsroom, and is not happy: step forward Tim Stanley, who you can tell as he’s a doctor. What, one wonders, irks him about the successor to The West Wing? Well, two people walking and having a discussion at the same time is one thing he’s not keen on, as perhaps Gerald Ford might not have been. 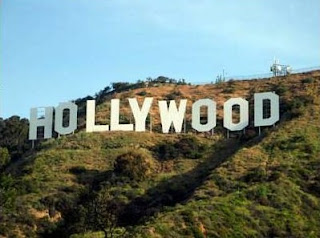 But the real Stanley grumble is about the L-word: Liberalism. Yes, it’s all imbued with that progressive lefty over-compassionate patronising Hollywood ethos (allegedly), which isn’t what Real Americans (tm) are in tune with. In fact, there is so much of this condescending attitude in the Stateside news media that, in the Stanley view, it led to the launching of Fox News Channel (fair and balanced my arse).

Who is The Newsroom aimed at? The pundit from the Tel is in no doubt: “If you’re an old, white man who remembers Adlai Stevenson with fondness, then you’ll love The Newsroom”. Er, hang on a moment: to remember Adlai Stevenson, you’ll have to be Very Old Indeed. He was the losing Democrat nominee for President in 1952 and 1956 (losing both times to Eisenhower).

I’m not in the first flush of youth, and the only thing I remember about JFK, who won both nomination and Presidency in 1960, was having to ask my parents what “assassinated” meant. But there’s a very good reason why Stevenson’s name appears when Stanley wants to dig up a Democrat hate figure, and that’s the speech he made on October 27, 1956, at Los Angeles’ Gilmore Stadium.

Why so? Ah well. Note also that Stanley suggests that, for Hollywood liberals, “the world ended with Richard Nixon’s election in 1968”. On that warm Autumn night, Stevenson told his audience “Our nation stands at a fork in the political road. In one direction lies a land of slander and scare; the land of sly innuendo, the poison pen, the anonymous phone call and hustling, pushing, shoving; the land of smash and grab and anything to win. This is Nixonland. But I tell you, it is not America”.

It became known as the Nixonland speech, and was more famous after Tricky Dicky sank into the mire in the aftermath of the Watergate revelations. And Stanley misses one other talking point about The Newsroom, which is the rumour suggesting Sorkin based the central character on another hate figure of the right.

No sooner had The Newsroom aired than it was widely asserted that the Jeff Daniels character was based on Keith Olbermann, something Sorkin has been at pains to deny, although he has met the former host of MSNBC’s Countdown, and observed the show’s production. Stanley demonstrates that he understands the right-wing rule that the one thing you don’t mention about Keith Olbermann is Keith Olbermann.

So that’s another pundit scoring his brownie points. No change there, then.
Posted by Tim Fenton at 17:53