If anyone were still in any doubt as to how much the legendarily foul mouthed Paul Dacre hates the BBC, they had it ended with the latest series of barrel scraping tirades aimed at the Corporation over its coverage of the Thames Jubilee Pageant on Sunday. The Vagina Monologue is not going to let this one drop, clearly sensing he and his obedient hackery is on a winning streak. 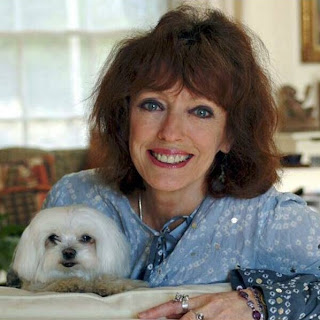 But most of the usual suspects have already had their ninepence worth, so desperate times and the inevitably desperate measures have combined to bring forth a rant of supreme sourness from Bel Mooney. Who she? Well, our Beryl used to have a regular berth on BBC radio until 2008 (she is a career journalist and author), so is yet another ex-presenter to kick at the Corporation.

And my goodness, does she hate them for it. Nothing was off-limits for taking out of context, so Clare Balding on board the Gloriana is kicked for talking of “empowerment and diversity”, which words she was using to describe the crew, which included young men who had lost limbs during their military service. Ms Balding wasn’t talking about the whole event in those terms.

So that’s a particularly nasty swipe to get things going. And in reserve is Ms Mooney’s trump card: she was married to Jonathan Dimbleby for 35 years. So she is therefore an authority on all matters Dimbleby, including exhuming the memory of her former husband’s late father, who by unfortunate coincidence she never actually met. But she knows all about him.

Really? Well, there is a teensy bit of exaggeration, such as saying of the Coronation in 1953 “It goes without saying that he knew the names of everybody in the Abbey”. Like heck. And here’s a pearler: “His art was to describe and interpret what was going on in language that matched the occasion’s significance and beauty”. Like his being caught off guard with a live microphone once.

The “significance and beauty” of the language on that occasion was summed up as he asked “What the f***’s going on, there’s no f***ing sound”. But he was the model pro once he realised that the sound had been miraculously restored. Dimbleby senior had his gaffes too. And, as I noted yesterday, his sons generally turn out for weddings and funerals. The Pageant was neither.

The Beeb would have got it in the neck whatever happened, given it was a long live broadcast and the conditions were dreadful. Had there been nothing other than watching boats, Dacre and his hacks would have berated them for being boring. Had there been no Sian Williams or Anneka Rice, they would have demanded to know why-oh-why they weren’t there.

Bel Mooney’s petulant outburst merely confirms the BBC was right to retire her.

[UPDATE 7 June 1620 hours: those wanting a Dimbleby to do the Jubilee commentary for the BBC appear to have short memories. After the Golden Jubilee celebrations ten years ago, the Corporation received hundreds of complaints about its coverage, and especially about its main commentator.

He "talked too much" and his comments were "disrespectful to the Royal family". It was "not sufficiently reverential" and contained "many factual inaccuracies". It was suspected that, by the Tuesday of the long weekend, he had "started to flag".

The name of this much criticised luminary? David Dimbleby, yes, the same man that the Mail has been urging the Beeb to put before the public this time round. Just fancy that]
Posted by Tim Fenton at 11:33