There is clearly no satisfying the Mail and its dubiously talented array of whingeing pundits when it comes to anything touched by the hated BBC. The complaints have now been directed at Monday’s concert, which was so horrendously unpopular that around 17 million viewers tuned in. That kind of number would have not disgraced pre-digital age chart toppers like Morecambe and Wise. 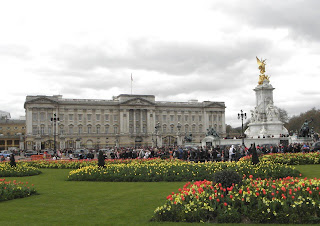 But this mere popularity is no barrier to the legendarily foul mouthed Paul Dacre and his obedient hackery, especially not career Miserable Git (tm) Stephen Glover, who at least apologises first as he tells “Sorry to be grumpy”. You’re excused, miserable whinger. Now what’s the beef? It’s the usual starter: “many aspects of the national celebrations were pretty dumbed down”.

What a happy soul. Do carry on. “Even more disquieting for me was the concert in front of Buckingham Palace on Monday evening”. Shine a light, if that worries you then it’s time to get help. Disquieting? “The crowd seemed to have a very good time” he then admits. But Glover is concerned about who benefited from the bash, even though “I am not anti-pop and enjoyed some of the tunes”.

Maybe the subs removed the follow-up about “popular beat combos”, but they let this through: “was the concert staged for the benefit of the Queen, whose 60 years on the throne we were supposed to be celebrating, or was it, in fact, put on so that celebrity performers could strut their wares and promote themselves? I fear the latter is much closer to the truth”. Oh dear.

Is Mr Happy trying to suggest that Macca, Kylie, Robbie Williams, Sir Stiff, Tom Jones, Stevie Wonder and Fat Reg From Pinner are in need of further promotion, that someone out there may not yet have heard of them and their offerings? Pull the other one. Oh, he then does just that, telling that Lang Lang and Alfie Boe were “virtually drowned out” by the rest. No they weren’t.

And the Glover happy alternative? “I’m not suggesting a full-scale symphony, but Handel’s Music For The Royal Fireworks, for example, would have been appropriate and uplifting”. Not all of it, it wouldn’t. Handel wrote it to serve as background music, which it was when used as accompaniment to a firework display for the Golden Jubilee of 2002. Those after the concert wouldn’t have lasted the Ouverture.

At least Glover doesn’t descend to the tackiness of right wing rent-a-mouth Donal Blaney, who wants Gary Barlow to be given a knighthood and suggests that now is the time for the BBC to be privatised. Very good Donal, the current charter and license fee agreement does not expire until 2016. It’s always a good idea when rehashing old chestnuts to make sure they haven’t gone soft in the meantime.

But the objective is met and the BBC kicked again, so that’s all right, then.
Posted by Tim Fenton at 13:03