Not Such Brown Winsor

Yet another row is developing over an appointment by the Coalition, and before it has even been announced. The role of Chief Inspector of Constabulary for England and Wales is believed to be going to former Rail Regulator Tom Winsor, and bodies like the Police Federation are opposed, mainly because of a report he wrote for the Government on policing recently. 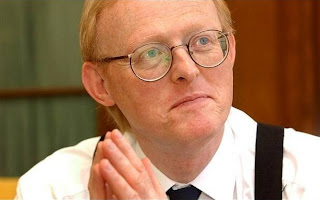 Indeed, such is the impression among the why-oh-why brigade that Winsor will somehow arrive and sweep away allegedly over-generous packages for pay and conditions that some are already trumpeting his appointment. Ranting pundit Jack Doyle at the Mail tells that “The Winsor bluster is simply an attempt by the Police to keep their cushy working conditions”.

He isn’t the only one predicting a wind of change hitting the rozzers. The Telegraph report tells that his “reforms led to a protest march”, although he has not made any, having merely made proposals as part of his report. The piece has some asserting that he won’t know what he is talking about. The Staggers says this means that the Tories “have declared war on the Police”.

Yet nobody seems to have looked at Winsor’s time as Rail Regulator. Yes, he was highly critical of infrastructure provider Railtrack. But he had good reason so to be: knowledge of its asset base, and especially the state of much of its trackwork, had fallen badly awry in the years since the sell-offs, to the extent that after the Hatfield derailment it had little idea whether there were more potential incidents out there.

Winsor was absolutely right to come down heavily on Railtrack. Without proper knowledge of the network, they could not be totally sure on operational safety, the ability of that network to sustain the demands on it, the necessity for renewals and upgrades, and even its ability to accommodate large containers and other vehicles at the limits of the structure gauge.

One he had carried out his reviews, Winsor, to the dismay of the Government, increased the funding available to what was then Network Rail by several billion pounds. This, he pointed out, was in satisfying his statutory duty as Rail Regulator. Pa Broon’s response is not known. Moreover, he always ensured that he was able to take an intelligent position on any issue requiring him to make a decision.

The parallel for the Police appears all too clear: if they will take a more open approach to his proposals and back him, then he will back them. Winsor was, during his time as Rail Regulator, a great supporter of the Railway, provided it got its house in order and applied itself to the task in hand. He was fiercely independent of party or other vested political interest.

Maybe the Police should forget their preconceptions, and engage with him first.

[UPDATE1 1910 hours: Helen Lewis of the Staggers has pointed out via Twitter that Alan White's piece quoted above is only a blog post, and therefore not an editorial line. I'm more than happy to relay that information.

Meanwhile, Christian Wolmar has advised that I "have it about right on Winsor", which is praise indeed]

[UPDATE2 June 26 1845 hours: that Tom Winsor may prove to be of independent mind has also registered with Donata Huggins, who has noted his less than totally harmonious relationship with former minister Stephen Byers, and that he was until 2006 a member of the Labour Party.

A little more digging and she might get to the part about Winsor forcing Pa Broon's treasury to open its wallet to the tune of several extra billions (see above). Good to see the penny is starting to drop with pundits outside that number that watches the rail industry]
Posted by Tim Fenton at 18:28