The increasingly downmarket and desperate Telegraph is running a story today which it has framed as some kind of jolly good wheeze, telling readers “Network Rail to hand over control of tracks … Train operators to take charge of infrastructure to speed up repairs and bring down ticket prices”. But someone at the Tel has a very short memory: The Railway got where it is today after something not dissimilar went fatally wrong. 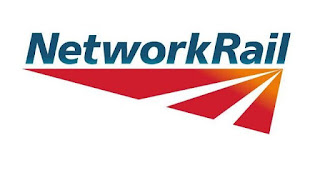 While the article goes on to claim “NETWORK RAIL will be stripped of its control over Britain’s train tracks and power will be handed to operators in the biggest shake-up of the railways for decades, the Government is to announce”, the Guardian has “Network Rail to lose sole control of rail maintenance … Transport minister Chris Grayling believes using Virgin, Southern and other private firms will lead to savings, sources say”.

The Guardian’s take goes on to tell “Sole control of Britain’s rail infrastructure is to be taken out of the hands of the state-owned Network Rail and shared with private firms under government plans to be announced next week, it has been reported”, which is not what the Tel claimed. And then we find that “Grayling is due to announce the plans at a speech to the thinktank Policy Exchange on Tuesday”.

Do go on. “According to the Telegraph, Grayling is considering introducing a ‘vertical integration’ that would hand more control to those private firms over what repairs are done on the lines on which they operate and when they take place”. Vertical integration - having one body responsible for both tracks and trains - is not a new idea. The problem Grayling has is that the last time we had it was with BR. And he isn’t proposing going back there.

What it sounds like is the Friedmanite idea of having the market decide, and where there is no market, ensuring there is one, and thus proving that there are still no new ideas in economics. But here a significant problem enters.

Network Rail has, over the years, developed standards for the construction, operation and maintenance of railway infrastructure. Thus there are a number of hoops for any infrastructure provider and train operator to jump through if they wish to run passenger train services. If they wish to run them faster, there are further standards for them to meet. Meeting these standards is not an optional extra. And it costs serious money.

One reason for the evolution of those standards - on the building and upkeep of the tracks, how the signalling is installed and maintained, the heights and surfaces of station platforms, the protection of tracks from incursion by people and motor vehicles, and important details like accessibility for the less mobile - is safety.

Network Rail came into being after the débâcle of Railtrack, and in particular the fatal derailment at Hatfield of a down East Coast Main Line express service in October 2000. The cause of the derailment, a badly broken rail, set in motion a panic re-railing programme: Railtrack did not know if there were more potential Hatfields waiting to happen, as the company had ceded much maintenance to external companies.

Worse, Railtrack had lost control of its asset database. Thus it was that much of the panic re-railing exercise was either needless, or not done properly. And in the meantime, the travelling public was subjected to endless delays, with a journey from London to Crewe, which nowadays can take as little as an hour and a half, requiring as much as four and a half hours to undertake, with all the track works and speed restrictions.

Hatfield was not the only fatal accident of the immediate post-selloff period: there was a fatal collision at Southall, after which it was discovered that the driver of a South Wales to London express had been sent out to drive his train at up to 125mph with no driver aids or warning systems working. The Potters Bar derailment in 2002, which killed seven, occurred after a Railtrack inspector went to check the points over which the train later derailed, but checked the wrong line, apparently misinterpreting “Down Fast”.

Put directly, we have been here before, and it would, I suggest, be highly inadvisable to go there again, merely because a number of right-leaning think-tankers think that establishing a market in rail maintenance would be A Very Good Thing.

“Losing control” is rather more than simply making economies and bringing down ticket prices. Passengers want to get from A to B in not just comfort, but also, and most importantly, safety. There has not been an on-train passenger accident fatality on Britain’s railways since 2007. There is a good reason for that. I’ll just leave that one there.
Posted by Tim Fenton at 13:19

I think there's some overreaction to this announcement.

Worth noting that EU regs currently don't permit vertical integration of operations and infrastructure, so any merger with Virgin wouldn't happen.

What is more likely the case is merging management teams, a la South West Trains or Scotrail, to provide shared strategy and more incentivised work planning.

In some areas the control rooms have been merged, and in my sad (and often cold, bored and despairing....) experience failed to deliver the benefits promised.

Unfortunately, whilst the theory of Tim's argument of is perfectly true, a more serious reality is developing. NR have reorganised themselves into a hole. By closing regional offices and basing almost all important management posts in Milton Keynes they lost many experienced staff who refused to move and took the redundancy offered. And even jobs on the ground that couldn't be centralised were thinned out to the point that at some times of the day qualified decision makers are not available for incidents. Eg 8 years ago next week, at a fatality at Nantwich (near Crewe) the coordination of police, ambulance and signalling staff had to be handled by traincrew because NRs on call manager was coming from Machynlleth by road in a Toyota pickup. By the time he arrived the body had been removed and trains were running again. Just over a year ago all services around Crewe were shut down for over 3 hours by an emergency power isolation after a suicidal person climbed onto a bridge after 17:00. A few years earlier there would have been staff who could have gone out and done a local isolation on the route affected and then got everything else running again. Estimates later quoted over 10,000 had been stranded.

At the end of the day, you need the right number of people with the right training. Who they work for doesn't really matter. Unfortunately this idea won't help.

PS - earlier this year the government accepted a report on the future of NR which had been done on behalf of the previous Minister. It will be interesting to see how Graylings plans match these recommendations:

Most papers, of course, took the same line as the Tel.

Would be a bit of a pig's ear, would it not, if it were all hinged around separate franchises - let alone pegged to franchise renewal dates. Which can be a bit of a moving feast.

As for a correlation to fares reductions, yeah right. Like the reductions on TFL that followed the complete recent wipe-out of the ticket office functions across the whole network.

And whatever happened, it wouldn't be guys and gals in Virgin or Southern uniforms out there swinging the pickaxes. Still gonna be BB, Colas, and the rest, doing the dirty stuff.

Perhaps Grayling expects a lowest-bid-auction to be the new role model for contract bidding. Uber bods with pump-trolleys!