While some press observers are keeping their heads down and pretending that the proposed complete takeover of Sky by the Murdoch empire - buying out the 61% of the broadcaster that they do not already own - isn’t such an important story, campaigners who know their foes are gearing up for what could be a difficult few months, as those who should know better try and force through the deal without proper scrutiny. 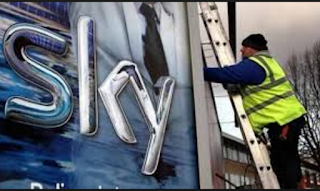 What those campaigners already know is that they cannot trust either the Prime Minister, or her Culture Secretary, on this one. Theresa May has already grovelingly paid homage to Don Rupioni in New York City, and Karen Bradley, a weak and ineffective minister, is all too obviously being manoeuvred by her SpAd Craig Woodhouse, former chief political correspondent of the Sun. But that does not mean the game is yet over.

The kinds of questions about Murdoch’s ability to pass a “fit and proper” person test are not going to go away, even if the PM and her weak minister put out the welcome mat for the chief mafioso, as Evan Harris of campaigning group Hacked Off reminded everyone: “This bid will need to be checked by Ofcom, not only on competition grounds but whether Rupert and James Murdoch pass the ‘fit and proper person’ test … Given recent revelations around email deletions that have emerged in court papers, and the conviction of the Murdoch ‘favourite’ Mazher Mahmood, it is clear that that question can only answered by the Leveson phase 2 inquiry, which was established to get to the truth of precisely these matters”. Ms May has tried to stall on Leveson 2.

But the Mazher Mahmood affair will not go away: as Zelo Street has previously shown, the so-called “Fake Sheikh” was not merely a generator of “sting” exclusives, many of his “stories” were untrue (the “dirty bomb” plot and Beckham kidnapping being prime examples), and he boasted of access to bent Police officers.

Moreover, Maz associated with known criminals, which would be bad enough, but he was also a favourite of the twinkle-toed yet domestically combative Rebekah Brooks, with whom he would converse and socialise regularly. He was said to be close to Rupert Murdoch himself. That connection alone would call “fit and proper” into question.

Former BBC Chairman Michael Lyons has also weighed in: “This is an interesting moment for Mrs May. Is she really interested in a different type of future for this country? If so, she should do anything in her power to resist the further growth in the Murdochs’ grip on news and media. I recognise options are limited, but that doesn’t mean we should stay silent or ignore the fitness test”. His concerns were echoed by Labour deputy leader Tom Watson.

He put it plainly: “Now that 21st Century Fox has made a bid for Sky it is imperative that Theresa May confirms or denies whether the possibility of a bid being made was discussed at the meeting she had with Rupert Murdoch during her flying visit to New York in September”. And another figure from the past was concerned at developments.

Vince Cable, who referred the 2010 bid by Murdoch for 100% of Sky to the competition authorities, noted “This is yet again a threat to media plurality, choice, just as it was six years ago when I referred this to the competition authorities and it should be investigated. The ownership of the media, whether you’re looking at press, radio, television is very highly concentrated and this makes it even more concentrated”.

Former Labour leader Mil The Younger was equally forthright in a Twitter intervention: “Do we want Rupert Murdoch controlling even more of media landscape? No. Government must refer bid for Sky to CMA/Ofcom. On Downing St. steps you said you would stand up to the powerful. No better test than Murdoch bid for Sky. Over to you?”

These voices alone may not derail the Government’s likely attempt to kow-tow to Creepy Uncle Rupe. But the presence of Mazher Mahmood, whom Nick Davies memorably and rightly described as “a criminal with an NUJ card”, could and should. On top of that, the media alliance that opposed Murdoch last time could well be coming back into play.

Then, the rest of the press establishment, with the Mail and Guardian in a rare alliance, opposed Murdoch. After the Telegraph ran with “Murdoch’s ‘cheap’ Sky bid faces city revolt”, going on to tell “Sky is facing a shareholder backlash over its decision to wave through a new takeover approach from the Murdoch family’s US media giant 21st Century Fox without consulting investors”, that might be happening again.

And just in case anyone had forgotten, still working away in the background is the Daniel Morgan Independent Panel, due to report next year on the still unsolved murder of the private detective who was about to blow the whistle on Police - and, whisper it quietly - maybe also media corruption. Who the corrupt media presence might be cannot be identified precisely, but the trail leads back to one newspaper.

That newspaper was the late and not at all lamented Murdoch Screws, whose staff directly interfered with one of the Inquiries into the Morgan killing, putting the lead detective on the case under surveillance and participating in illegal evidence gathering against him and his then wife. For Theresa May and Karen Bradley to take no account of the Daniel Morgan case and the upcoming report from the Independent Panel would be unforgivable.

There are plenty of reasons for the latest Murdoch bid to take over 100% of Sky not to be waved through. And there is plenty of opposition waiting out there in the wings. In the coming weeks and months we will see just how determined our Government really is to preserve the last vestiges of media plurality - and make sure those in charge of those media organisations are fit to be in those roles.

Battle is about to be joined. Whether the good guys win again is another matter.
Posted by Tim Fenton at 11:36

“This is an interesting moment for Mrs May. Is she really interested in a different type of future for this country?..."

Answer: No she isn't.

Like all tory women of her type - Soubry and McVey spring instantly to mind - she's only interested in sound bites and the usual tedious, hypocritical and corrupt pr politics. She's just another machine politician full of platitudes.

But fate has begun to close in on her type of fraud. In the shape of a groundswell of public reaction - which at the moment is largely incoherent and wrong headed, but it won't always be so.

Hence establishment desperation to see a far right propagandist like Murdoch and his jobsworths in media control. If not him, someone else of like criminality.

Meanwhile, we're about to discover yet again that Ofcom is as much an establishment tool as any of the other "regulators." It may make an old man's fart or two but in the end it will do nothing. As usual.