Those who think the Stop Funding Hate campaign in the UK, which is no more than an effort to gently persuade advertisers not to place their business with media outlets that demonise the less fortunate, like refugees and minorities, is being rotten to the poor media  might complain a little less vocally after seeing the viciousness of the reaction from the convocation of the terminally batshit that is Breitbart to their own loss of ad revenue. 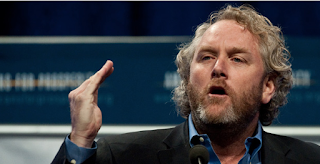 His legacy endures, and it is poisonous

As the Guardian has reported, “On Tuesday, the Kellogg Company pulled their adverts from the site, saying that it wasn’t ‘aligned with our values’ … ‘We regularly work with our media-buying partners to ensure our ads do not appear on sites that aren’t aligned with our values as a company,’ Kris Charles, a spokeswoman for Kellogg’s, told Bloomberg. ‘We recently reviewed the list of sites where our ads can be placed and decided to discontinue advertising on Breitbart.com. We are working to remove our ads’”.

There was more. “Other companies have pulled ads from the site, including Allstate, Nest, EarthLink, Warby Parker, SoFi and the investment group Vanguard. Many did not realise they were advertising on Breitbart because their campaigns are run through automated systems which distribute ads across a large network of sites”.

Why should this happen? Ah well. The level of hatred and bigotry spewing out of Breitbart of late can be summed up in these three sample headlines, taken from the site: “‘Birth Control Makes Women Unattractive And Crazy’; ‘Data: Young Muslims In The West Are A Ticking Time-Bomb’ and ‘Would You Rather Your Child Had Feminism Or Cancer?’”

The reaction from Breitbart was furious: the site urged readers to “Dump Kelloggs” and a statement told “Kellogg's decision to blacklist one of the largest conservative media outlets in America is economic censorship of mainstream conservative political discourse. That is as un-American as it gets”. This is, of course, plain flat wrong: Kellogg’s had exercised their freedom of choice, which is not un-American at all.

What frightens Breitbart is that several key advertisers have already exercised that freedom of choice, and others may follow, which means this is going to hit their operation where it really hurts - in its pocket. The batshit Breitbarts know all about this, because it is a tactic of which they approved wholeheartedly - when it was them doing it to someone else, as happened at the height of the GamerGate ruckus two years ago.

The Guardian again: “The targeting of advertisers recalls a similar campaign perpetrated against the now-defunct Gawker Media by the Gamergate movement which Breitbart vocally supported”. It was OK for Breitbart when they were helping the campaign that forced Gawker to take a seven-figure ad revenue hit, but when Kellogg’s makes the choice, of its own volition, to pull ads from them, it’s suddenly terribly unfair.

All of which makes Breitbart nothing more than a shower of rank hypocrisy. It’s also possible that they’re missing their morning bowls of Froot Loops. I thank you.

Those three sample headlines probably tell you all you need to know.

I actually have a lot of affection for the best of the USA, especially the can-do bit. But, my word, no exaggeration, their worst is beyond Nazism.

Not that we have anything to crow about. Not with Murdoch's goons and Rothermere's toadies in the mix.

Good to see that Kelloggs didn't fall back on weasel words like "we never make an editorial judgement on a particular newspaper" as John Lewis did re Stop funding Hate campaign over this side of the pond.

Breitbart seem to be emulating the bullying tactics used by Murdoch and his minions to gain his empire in the UK. It's a pity that politicians, whether by bribery of power, or worse of blackmail, have succumbed to his organisation's power and allowed the bullies to win.