The Shame Of Tony Parsons

Time was when Tony Parsons was one of the NME’s “hip, young gunslingers”, who wrote about the era of punk rock and the likes of Bowie, Springsteen and Zeppelin. He appeared on highbrow shows like Newsnight Review. And then, after 18 years at the Mirror, he jumped ship, arrived at the Sunday Sun, and effectively disowned his previous berth, although the thought entered that the move was more about Himself Personally Now. 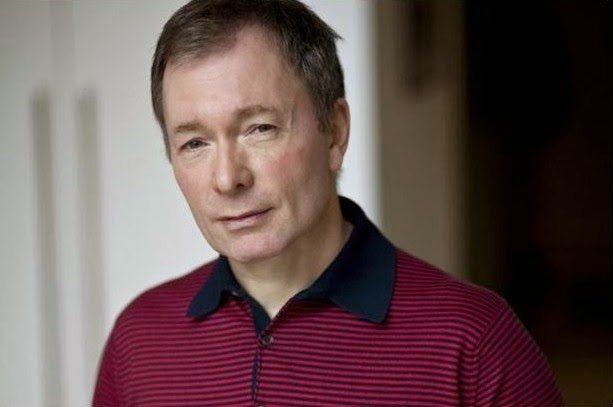 And how far the mighty are fallen can be seen from an atrocious slice of fact free bigotry in today’s edition of the paper. The Sun is secreted away behind a paywall, but a Zelo Street regular has made screenshots of the print edition available (see how that works, Rupe?). From these, it is not difficult to tell that the article, “Hitlers of the CPS”, has been written to order, in a way that will be familiar to Daily Mail readers.

But let’s start at the very beginning, as it’s a very good place to start. Every journalist who has been through the courts recently - and the Sun ones, it cannot be stressed too often, have been there only because their own management shopped them - has been given the benefit of due process. History tells us that the Third Reich denied this not just to a few hacks, but to millions of people. So let’s give the “Hitler” comparison a rest, eh Tone? 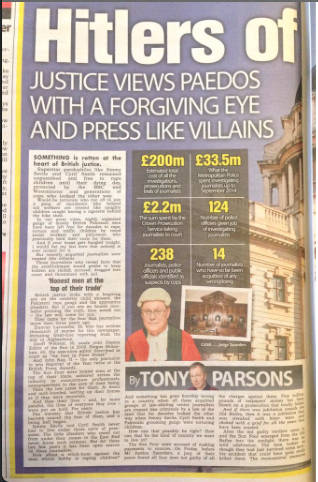 And on to the text of Parsons’ rant: “Superstar paedophiles like Jimmy Savile and Cyril Smith remained untouched and free to rape children until their dying day, protected by the BBC and Westminster and generations of cops who looked the other way”. Well, that’s not quite the full story, is it? The Police had put together a report on Cyril Smith, and one senior Fleet Street figure had a copy. Can you guess who it was yet?

Here’s the relevant passage: “Civil servants feared the secret Smith police file might be made public in 1982 – when a burglary at the Fleet Street offices of The Sun newspaper revealed the editor was in possession of a copy. This revelation will lead to speculation that the break-in was linked to attempts to cover up Smith’s crimes”. That editor, Kelvin McFilth, had the dirt. AND HE DID NOTHING. 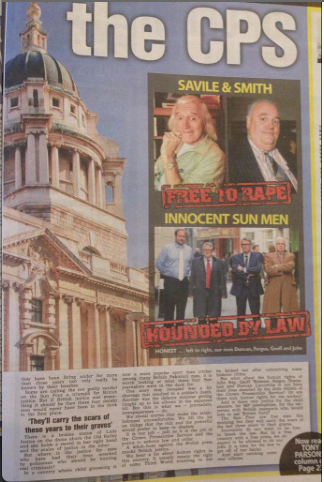 As for Savile, our free and fearless press had literally decades to nail him - but they were more interested in slebs’n’goss. Even when they did think about telling their readers what Jim had really been fixing, he frightened them off with legal threats - the kind of defence that the papers didn’t find quite so intimidating when it was footballers or politicians they were exposing. The press gave Savile a free pass, too.

And save us the “journalists who reveal facts that the establishment would prefer to keep hidden”, Tone. Your sister paper has been using the families of dead servicemen to wage a crude and bullying campaign against the Government - and to tell readers about the armed forces’ sexual peccadillos. The establishment you work for has no problem with any of that being revealed. Yes, the Murdoch press is part of the establishment.

Which is what makes Tony Parsons such a shameful sellout. No change there, then.
Posted by Tim Fenton at 17:31

Well spotted Citizen. Madam, you have suffered an emotional shock. I will notify a rape crisis center.