Mirror Hacking - What You Won’t Read

The eight “representative cases” being brought against Mirror Group Newspapers (MGN) are being heard at the High Court in London. Some papers are actually reporting proceedings, although in the case of the Mail, this appears to extend only to publishing copy from the Press Association (PA) at Mail Online. And that is quite sufficient to see the effect of phone hacking on the victims. 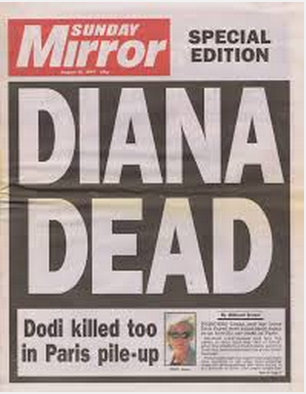 Before hacking: resorting to actual journalism

Former Coronation Street actor Shobna Gulati told that “her phone started to be hacked from 2003, two years after she joined the soap opera, and at one point she wrote to the Press Complaints Commission after an article appeared in the Sunday Mirror about her ‘secret marriage’.She said that the ‘salacious gossip’ about her past affected her son who was nine at the time and he was bullied ‘quite extensively’ the following day at school about who his father was. The article led to him having to leave when he was 14”.

It got worse: “Robert Ashworth was of interest because of his relationship with Coronation Street star Tracy Shaw … In 19 articles - 18 of them admitted - over a period of three to four years, they fed on the couple's engagement, marriage, separation, attempt at reconciliation and divorce, and Ms Shaw's battle with alcohol”.

And the Guardian reported “A Virgin Atlantic flight attendant said she felt ‘completely and utterly sickened’ when the Sunday Mirror revealed her relationship with the footballer Rio Ferdinand after hacking her phone … Lauren Alcorn told the high court in London on Tuesday that the exposé ‘changed the course of my life’ and led to her being kicked out of the family home”. Intrusion and prurience in the cause of selling a few more papers.

But one name is missing from the list, and the Mail may not be keen on pitching it: as Bloomberg has reported, “Actor Hugh Grant, one of the fiercest critics of phone hacking at a News Corp. tabloid, is among more than 30 celebrities suing Trinity Mirror Plc newspapers over similar practices”. Not only does the Mail hate Grant after his stand against the paper at the Leveson Inquiry, he’s one of the Hacked Off team.

And that means not giving him publicity, or, if it becomes inevitable, the publicity must be severely adverse. Other publicity that might not be given is to tell readers “Designer Kelly Hoppen and actor Rhys Ifans were among other people who filed the suits last week in London, according to court filings”. Ms Hoppen, mother of Sienna Miller, and Ifans both sued the now-defunct Screws. For the same reasons.

Lawyer James Heath commented “I am not in a position to estimate the total number of claims that will be brought in relation to phone hacking and other ’dark arts’ carried out by Trinity Mirror’s national newspapers over the years, but it does seem that there will be a sizeable number”. That means it’s serious. He also said that more cases could be filed against MGN in the coming weeks.

Here's a blast from the past (25 years exactly) from the late great Paul Foot that says a lot about Fleet Street's real agenda...
https://www.youtube.com/watch?v=PTh5wP2RYGU