After the Football Lads Alliance gathered and marched in London last Saturday, there was much coverage and debate of their movement, including analysis of who was behind the group, its target audience, and where it might go in future. But for one clueless pundit, none of this mattered, because he knew more than all of them put together, plus he had an anti-Islam agenda to promote: step forward Brendan O’Neill.

Normally, when O’Neill shoots his mouth off in his customary and tedious fashion, this occurs at Spiked, so named because it should have been. But for his diatribe on the FLA, he has been awarded a platform by the Spectator magazine, and by association, at least, its editor Fraser Nelson. Here, O’Neill goes wrong from the word go.

“[Football Lads] is the term the hooligan firms use to describe themselves. This is not the same as groups of ‘football fans’ or ‘football supporters’, who have often got together to campaign around real football issues”. O’Neill confuses these groups, talking of “Rival fans … working-class people”. He also takes their propaganda at face value. 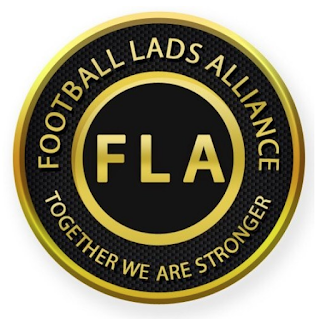 So we are told about “people in football shirts gathering in their thousands to confront the ideology of terror … working blokes who spend their Saturdays on the terraces and whose political beef is with the rise of a murderous ideology that has claimed 34 lives in Britain this year”. What “murderous ideology” is that, then? Oh yes, it’s “Islamism”. Which needs little encouragement before it becomes straightforward Muslim hatred.

But they’re not racist: “There’s a presumption among some observers that the people who support FLA, being white and working-class and passionate about football, must be racist scum”. There was no presumption: on Saturday, while walking past a small counter demonstration who stood silently, holding a banner proclaiming “No to Islamophobia”, marchers swore, hurled beer cans and coins, and shouted “who the f****** hell are you?”, “Mug. I’ll f****** open you up”, “They shouldn’t be here … F****** paedophiles”.

The FLA’s founder has a criminal record including two lengthy bans from football grounds. But Brendan O’Neill dismisses this as “poisonous middle-class prejudices” and claiming “It is defying the post-terror diktat from on high that says we should respond to Islamist attacks sheepishly, by laying a flower, singing ‘Imagine’ and going home again; the FLA suggests we talk about terror, debate it, confront it”.

We aren’t responding sheepishly. Ask our law enforcement agencies. Or does O’Neill propose we do away with such niceties and resort to vigilantism? What a clown.
Posted by Tim Fenton at 16:25

Nelson must have signed off the article in question. Which makes him equally culpable for its inherent sociopathic garbage. O'Neil is just another hard right cowardly boot boy for hire.

Funny how Spectator gobshites - Toby Jughead comes instantly to mind - have for years ignored the term "working class" in favour of the bullshit "middle class". It's a tactic adopted right across the hard right media. But when it comes to racism......well, the example in question speaks for itself.

Admitting the term "working class" means it becomes necessary to identify the non-working classes, how they are formed, who they are and what they do that is socially useful (or not, as is the usual case).

In short, more hard right lies and propaganda to avoid the implications of class warfare. But we are at the start of a new era of awareness, which, with some luck, will mean the beginning of the end of the "middle class" illusion. It can't come soon enough.

Wonder if the melon has seen FLA thugs beating up a Muslim dude at a free speech event.

Just salt of the earth working class fighting back against tez elitists who hate the masses eh?