We Don’t Do God – Redefined

There are many memorable moments from the New Labour years: Tone arriving in Downing Street, the Diana tribute, the “regular kind of guy” observation, the second and equally decisive General Election victory are some. And from Big Al, there is “We Don’t Do God”. It was pretty clear what Alastair Campbell meant – he wouldn’t be engaging with anyone asking questions about his boss’ religious beliefs. 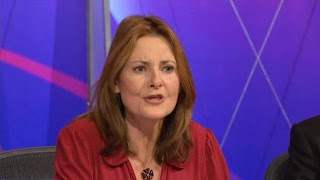 And that was that, until, in yet another attempt to redefine history and blame Tone’s former spinmeister for something else he didn’t do, the Telegraph’s Cristina Odone has announced “David Cameron should stop dancing to Alastair Campbell's atheist tune”. Wait, what? How can Young Dave stop doing something he hasn’t even thought about doing in the first place?

Ah well. Silly me – I missed the real meaning of “We Don’t Do God”: “That sentence condemned Christians and other believers to a life in the shadows. They were improper, unwelcome. Ally had said so. It was an attitude that quickly percolated to the lawmakers and to the streets: time and again, the right to express a religious belief has been quashed, in or out of court”.

And this is total bullshit, made yet more breathtaking when you realise that Big Al’s then boss was a practising Christian who has since converted to the Church Of Rome, Ms Odone’s preferred flavour of Christianity. But she’s clearly not for listening: “Even Alastair Campbell would be shocked at how quickly and thoroughly he erased God from public life”. He’d be shocked at her dishonesty and brass neck.

Because, as the man said, there’s more: “Yesterday, a YouGov poll among 18-24-year olds found that 41 per cent believe religion is a force for evil in the world”. Ah, now we’re getting to the business end of the discussion, and I have to tell Ms Odone that Big Al has sweet stuff all to do with that. Folks can see for themselves what effect organised religion has had over the years since it appeared.

They can see all the blood-letting that has followed, starting with events chronicled in the Bible (the books of Kings being a good place to start), going on to the Crusades, the Reformation, persecution of, well, anyone and everyone, and arriving at the present day with followers of Judaism, Christianity and Islam all engaging in less than savoury practices, and justifying their behaviour via their religion.

None of that was down to Alastair Campbell. Young people do not need to even know about him to make an informed decision about organised religion. While there are many religious people who are peaceable, and just want to get along with their neighbours, there will always be those who give this particular dog a very bad name indeed. Ms Odone should direct her efforts towards them.


But it’s much easier for Telegraph hacks to kick Big Al. So no change there, then.
Posted by Tim Fenton at 14:21