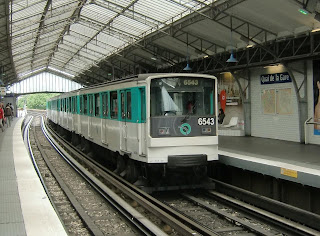 
So the comparison with Paris is largely meaningless. No change there, then.
Posted by Tim Fenton at 10:39

The question, then, is where might one find a driverless ATO line that's mostly above ground, features several single-bore tunnels, has no PEDs, and a multiplicity of junctions and routes?