When Barack Obama made a speech before the Brandenburg Gate yesterday, the comparisons with JFK were as immediate as they were wrong: the two Presidents delivered their orations fifty years apart, and in the same city, but Kennedy did not, and could not have, spoken at the same location as Obama. The news reports do not make this claim. But one witless pundit has failed to notice. 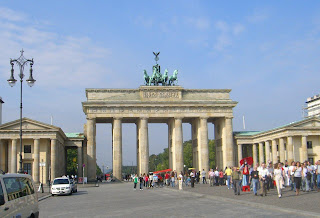 Brandenburg Gate, looking west: the wall passed south to north at the far side

Indeed, the BBC has told that “His address to students and government officials at the Brandenburg Gate, which once divided East and West Germany, comes almost 50 years after President John F Kennedy's celebrated ‘Ich bin ein Berliner’ speech”, so the Corporation has not given the location of JFK’s speech. Thus the elephant trap. And cometh the hour, cometh the fool. 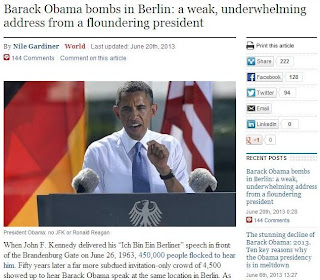 Oh what a howler!

Well, as Jon Stewart might have said, two things here. Firstly, in 1963, security considerations were not of the same level as nowadays – which ultimately led to JFK being an all-too-easy target for an assassin’s rifle in Dallas, TX, later that year – and so yesterday’s speech was an invitation-only affair. 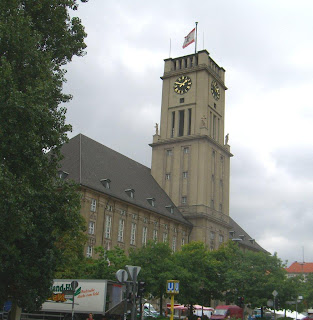 Rathaus Schöneberg, which was the Town Hall of West Berlin

And, most importantly, in 1963, the Brandenburg Gate not only had the Berlin Wall running past it, but it was also on the wrong side – the East Berlin side. What was then West Berlin was therefore not run from the Berlin Town Hall (the “Rotes Rathaus”), but by the one in the district of Schöneberg, and it was in front of that building that Kennedy made his “Ich Bin Ein Berliner” speech. 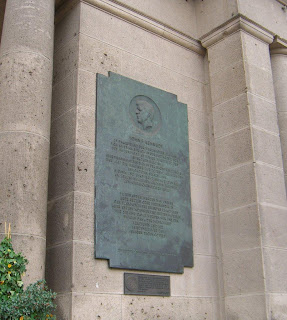 Indeed, the Rathaus Schöneberg has a plaque on display commemorating the event, although it may be difficult to visualise the crowds on the day, given the busy dual carriageway road that passes out front of the building. And, had “Chauncey” looked more closely at the National Journal piece that he has used as the basis for his latest sermon, he will find they don’t make the Brandenburg Gate claim either.

Any student of recent USA and European history would have known that JFK could not have made his speech at the Brandenburg Gate. The most junior hack would have bothered to do the research in order to reach the same conclusion. That Nile Gardiner has blundered straight into the elephant trap tells you all you need to know about this blithering idiot’s credibility.


That would be that it is not unadjacent to zero. Chauncey by name, and all that.
Posted by Tim Fenton at 13:40