So the carefully choreographed latest series of Britain’s Got Talent, another part of the empire of Simon Cowell (aka The Black Helmet), came to its close yesterday evening. But the publicity had not been uniformly favourable: for starters, the show had attracted some stick for the inconvenient discovery that some of the acts – like the one that won – were not British. 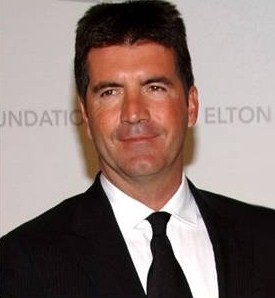 This could reflect badly on the Black Helmet. But, not to worry, by the most fortunate of coincidences, a viola player who had been tucked away among the backing musicians just happened to sneak half a dozen eggs through security and interrupted proceedings to pelt Cowell with them. Boom! The big bad boss man gets some sympathy and those press knees obediently jerk into line.

Even better, the hacks can lay their hands on lots of photos of Natalie Holt, including one in a bikini (yes, the Sun called her a “bikini babe”). She just happens to be suitably photogenic. And the Black Helmet’s hair was not even slightly disturbed, despite a direct hit from one of the eggs. On top of that, Ms Holt then apologised and said how silly she had been (with the show’s approval, please note).

So why am I not convinced of the spontaneity of this stunt? Well, the duo who were supposedly interrupted mid-song didn’t seem unduly shocked, and nor did Cowell. And, although she was taken away by the suddenly alert security detail, Ms Holt has received the kind of publicity she could previously only have dreamed of. Plus the Black Helmet was made to look almost human.

The approved BGT statements following the stunt gloss over the possibility that there may have been a motive for the egging which had to do with the exploitative nature of these shows, which have moved on a little since Hughie Green hosted Opportunity Knocks (note that Cowell claims to have “created” BGT – like heck). Any criticism of the Black Helmet has, for public consumption, been erased.

And for the press, this is an easy one: they trawl social media sites for photos of Ms Holt (Mail Online has been especially indulgent) and Twitter for comments (stripping out anything that does not fit the Cowell friendly line), and there’s their story. It cuts out the need for proper journalism, generates plenty of hit bait, and thus the whole charade rolls on to the next series.

Anyone think the use of the word “charade” is a trifle severe? Well, think of what happened to Ms Holt and her group (Raven had previously appeared on BGT): a group of trained musicians get nowhere and end up feeling used, while a dance troupe who can do silhouettes that look like the Queen and Winshton carry off the prize. And the Black Helmet makes lots of dosh out of the whole thing.


At least it wasn’t a performing dog this time.
Posted by Tim Fenton at 14:27