“Libertarianism is growing among politically active young people” observed Mark Littlewood, rightward-marching Director General of the Institute of Economic Affairs (IEA), another of those Astroturf lobby groups that makes endless appeals to authority, earlier this month. Thus the latest pronouncement from the man involved in campaigns like No2ID, the campaign against the “Database State”. 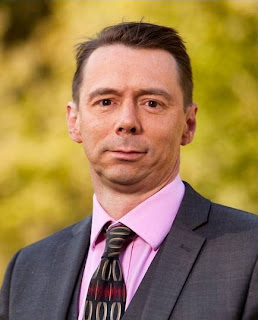 Do not approach this man. He may be appallingly smug

So it may surprise some to read that the same Mark Littlewood has today advocated a quantum leap in the very same “Database State” so that information on every benefit claimed by and paid to every citizen should be made openly available. Thus the ability to snoop on our neighbours would be massively enhanced. And it wouldn’t just be levels of benefit payments that would be made public.

For starters, we would by implication discover the level of disabilities endured by all those fellow residents. We would know how many dependent children they have – whether at home or otherwise. We would presumably also know about anyone with student loans outstanding – after all, these are guaranteed by the state. We would be able to find out about our neighbours’ other dependents.

So much for any kind of data protection. Moreover, Littlewood does not appear to understand that benefit claimants and taxpayers are not mutually exclusive. And he clearly does not understand just what happens when information about benefit claimants gets out there, as happened when a couple living near Nottingham claimed a universal benefit even though they had a lottery win.

The Mail – that’s the same family of papers that published Littlewood’s piece – published close-up photos of the couple’s house, while suggesting that they didn’t deserve their Motability car – another favourite Mail target – because they had another house in Ireland. The suggestion was then made that the couple, one of whom has arthritis in both legs, only remained in the UK to claim benefits.

What happened to Mick and Jeana O’Shea, who were too frightened to go out in the street after the Mail (and the Sun) went after them, would be magnified hundreds of times over if Mark Littlewood got his way. The elderly and disabled would be driven underground, if not straight away, then after the first wave of attacks. They would be easy prey – especially as their incapacities would be made public.

That is what “classical liberal” means: freedom for Mark Littlewood and his pals, while the less able and less well-off have to bar their doors against the hacks seeking cheap copy, and the hate mobs who read their papers. This suggestion is so wicked and predatory that it beggars belief that it is being touted in a supposedly mainstream newspaper. And I have one word of warning for the IEA man.

Anybody is only one accident away from dependency, Mark. All of us.
Posted by Tim Fenton at 16:41

http://whofundsyou.org/org/institute-of-economic-affairs
"IEA told us: “We do not give out information about specific donors. The editorial position of the IEA is wholly independent of any donors."
Do as I say, not as I do.

Of course, Littlewood fails to call for the publication of the amounts of tax payers money paid to private sector firms or the salaries and bonuses of bankers working for part-nationalised institutions such as the 87% taxpayer-owned RBS. Nor or the other breaks such as charitable status the rich usually get.

BTW on the http://whofundsyou.org site it's noticeable that the right leaning "think tanks" are far more secretive than the centre or left-leaning ones.