Two days ago, Rupe’s downmarket troops at the Sun splashed on yet another Madeleine McCann “sighting”, at a campsite near the Costa del Sol town of Fuengirola. An allegedly German family were said to have had a “groggy” blonde girl with them who matched the description of the abducted toddler. And their car had a supposedly dodgy numberplate.

At the time, I noted that there was a perfectly good explanation for the German plate beginning “BE” – that it was a Berlin mark and that it started B [space] E – and also noted that the Sun had rigged their impression of a Mercedes car in any case. But, for once, the Desmond press came (inadvertently) to the rescue with a far better explanation yesterday.

The Express told that the car owner, one Karsten Meyer, was only “thought to be German”, and then the penny (or perhaps that should be cent) dropped. Meyer may merely have been a German speaker, and could therefore have hailed from one of a number of other countries, among which was Switzerland. That would explain the car’s numberplate in one. 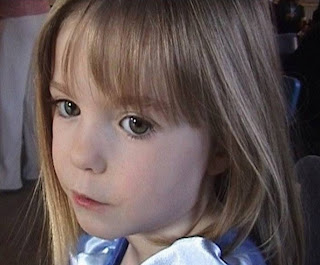 Because the Swiss capital of Bern – which is in the German speaking part of the country – issues registration marks beginning BE (much as Zuerich issues ZH marks and Geneva issues GE). This is in an update to my original post which was added yesterday. And now the Sun has finally owned up that Meyer is indeed Swiss – but has dropped the part of the story about his car’s numberplate.

So today’s story – “Maddie lookalike driver in cop quiz” – admits that Meyer has been “all but” ruled out of police enquiries. The blonde girl seen at the campsite was his daughter, who was tired after the long drive from Bern (it’s a long haul, even from Switzerland, to southern Spain). Meyer will talk to the cops, but this, as with so many of the tabloid stories, will not lead to a magical Maddie moment.

That makes a misleading headline on the back of a shoddy piece of investigation which drew a totally wrong conclusion. And Rupe’s downmarket troops haven’t even got the spine to stand up and admit that they went off down a blind alley just for the sake of flogging a few more copies. But the McCanns are probably used to this kind of thing by now.

And most readers will have forgotten the details, such is the manner of the beast that is the 24 hour news cycle, so that’s all right then.
Posted by Tim Fenton at 10:11