The upcoming US Presidential election, we now know, will be between Democrat incumbent Barack Obama and Republican hopeful Mitt Romney. And almost at the moment the latter was confirmed as having won sufficient delegates to win him the GOP nomination, Fox News Channel (fair and balanced my arse) effectively turned itself into a full-blown cheerleader for him.

On yesterday’s Fox and Friends, which as all Fox watchers know is part of the channel’s “Opinion” strand (as opposed to the “straight news” one), a four minute video was aired under the banner “Fox and Friends presents”. It was indistinguishable from a GOP attack advert, except of course it was rather longer than the average commercial. 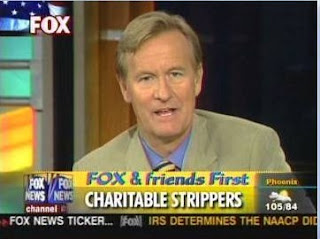 The usual Fox and Friends line-up of Steve Doocy, Gretchen Carlson and Brian Kilmeade – you can see my earlier assessment of this dubious trio HERE – then commended the video, Ms Carlson naming the producer and saying “good work”. So it clearly had the support of the presenters, so much so that they played it again later in the show. This was not well received elsewhere. 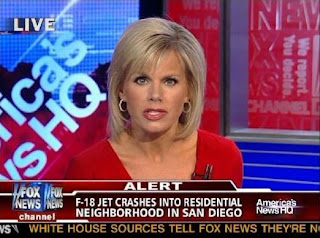 David Zurawik of the Baltimore Sun, who reminded his readers that he was in the vanguard of those criticising the Obama administration two years back when it tried to portray Fox as not being a legitimate news organisation, concluded that the video “resembled propaganda films from 1930's Europe more than it did responsible TV politics of today”. He was taken aback by the presenters’ attitude. 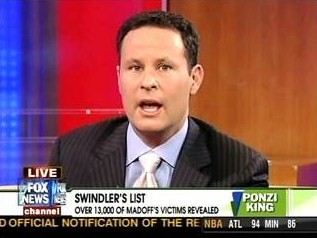 And over at Hot Air – founded, one might note, by none other than Michelle Malkin (note to the uninitiated: not easy to get much more Conservative than Ms M), Ed Morrissey, while saying he agreed with the thrust of the piece, worried “does this make anyone uncomfortable at all in regard to its source?”, arguing that there was a difference between airing others’ adverts and creating their own.

What Morrissey means is that, effectively, Fox is no longer in the stands cheering on its chosen team, but has come down on to the field of play – and that’s out of order. And, although Fox VP Bill Shine later claimed that the video had not been “authorized at the senior executive level of the network”, it could still be accessed on line. And today? The same Fox and Friends hosts were keeping schtum.

The video is included so that anyone who wants to see what passes as “fair and balanced” in cable news Stateside can view it. That it was aired at all, despite the rowing back, tells you all you need to know about Roger Ailes and his propaganda machine. There will be more of this in the run up to the election. It might even get less subtle.

As I said, fair and balanced my arse.

[UPDATE 2 June 1620 hours: Chris White, the associate producer who worked on the four-minute film, and who was praised by name by the Fox and Friends hosts, was offered a job at rival cable news outfit CNN before it aired. Following the broadcast, CNN withdrew its offer to him.

Fox News has since confirmed that White, who has apparently worked for them "for several years", can keep his job there. The announcement was made by VP Bill Shine, yes, the same man who distanced Fox management from the affair. Isn't that interesting?

Also interesting is the characterisation of Fox and Friends by the New York Times: "The program is overtly hostile to Mr Obama and Democrats. But Fox executives have said they do not consider it to be - or to hold the same standards as - a news program". So my previous characterisation of FNC stands]
Posted by Tim Fenton at 18:00

Playing devils advocate here, while Fox may be a sad parody of a fair and balanced 'news' channel, are the claims it makes true or false?

I refer the Hon. Commentnaut to Ed Morrissey's piece in Hot Air (linked in post) and my own observation about the difference between cheering from the stands and going down on to the field of play.

The veracity or otherwise of the claims, as the man might have said in the Parrot Sketch, don't enter into it. And that's before you look at the style of presentation.