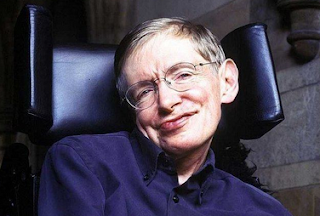 A great, courageous man who combined genius with common sense. A great loss.

Compare him to the howling gang of public school gobshites at PMQs and their mainstream media propagandists.

I know who I prefer.

I suspect this will be covered up like Helen Keller's socialism

Chunt got a good kicking for his vomit-inducing tribute.

Not taking issue with the substance of the piece, and I'm sure I won't be the first to point this out, but just in case... from what I've read, while Hawking did oppose the Vietnam War, that is not him in that photo.

(that piece cites a social media post by Tariq Ali confirming that the photo has bee miscaptioned).