The crass insensitivity of the press can still shock those who believed they were immune to that sort of thing. But the Mail On Sunday - the paper that sent a reporter to barge in to a memorial service in order to get at the leader of the Labour Party - has shown it is so driven to score party political points in the run-up to the General Election that it will trample on the memory of the least fortunate in order to kick the rotten lefties. 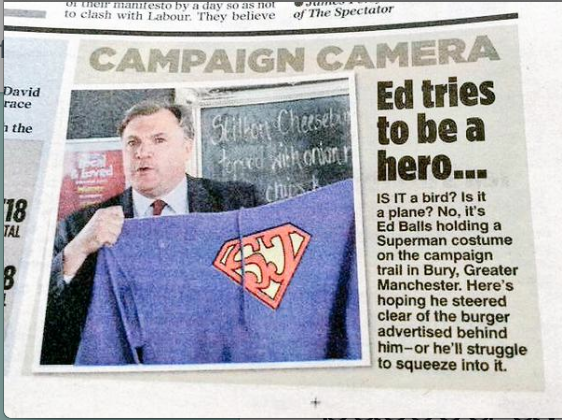 This is a bad mistake, Mail people

Josh Wilson was a healthy three-year-old boy when he was diagnosed with a brain tumour. The surgery was difficult (you can see more about that HERE) and he was left with severe post-operative disabilities. His bravery and positive outlook on life inspired his family to set up a charity in his name. Sadly, though, Josh died six months ago. But the charity goes on, to support other youngsters who have brain tumours. 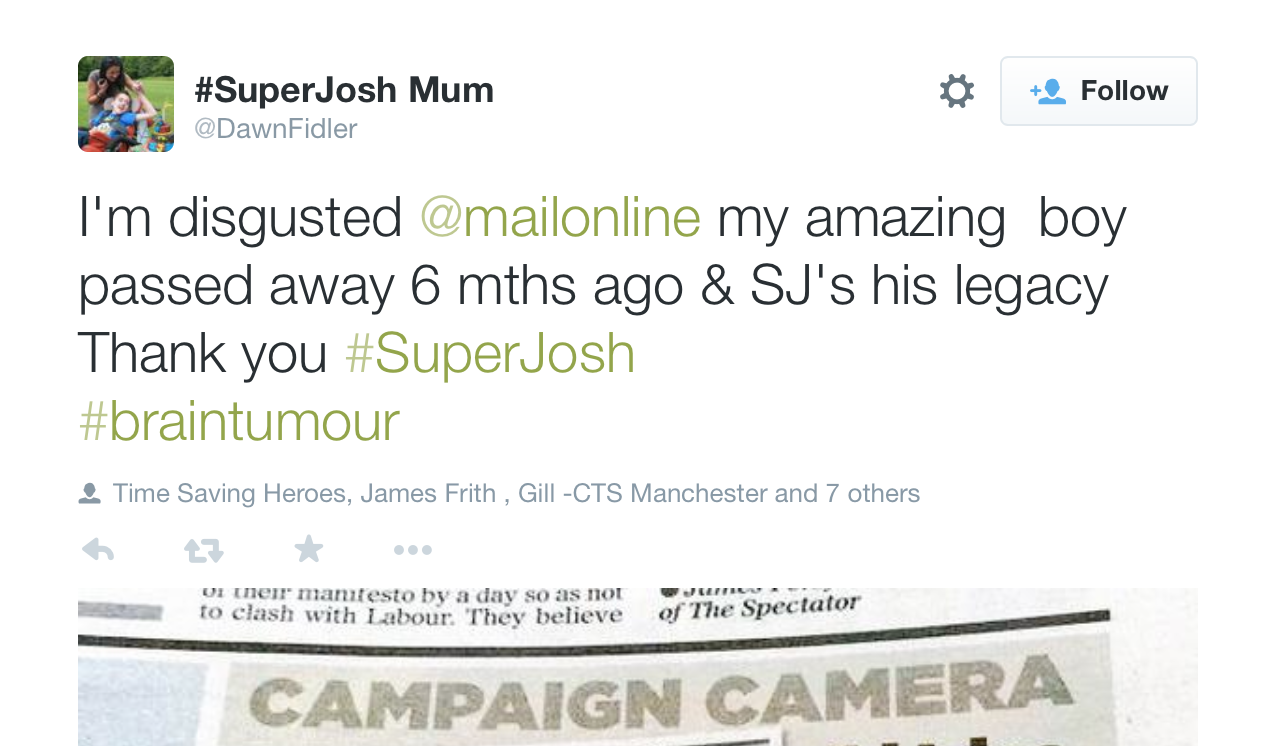 So it was that, on a visit to the Bury North constituency, shadow chancellor Ed Balls showed his support for the Super Josh Charity. The hoodie top he is holding up clearly shows the logo SJ for SuperJosh. This should have alerted anyone who was thinking before going in with both feet to check out why it did not show, for instance, a single S as in Superman. That process, though, did not happen at the Mail.

So it was that the Mail On Sunday featured what its hacks must have thought was a routine slice of knocking copy: under the headline “Campaign Camera”, and the sub-heading “Ed tries to be a hero”, readers are told “Is it a bird? Is it a plane? No, it’s Ed Balls holding a Superman costume on the campaign trail in Bury, Greater Manchester. Here’s hoping he steered clear of the burger advertised behind him - or he’ll struggle to squeeze into it”. The Northcliffe House faithful must have thought that was dead clever.

Well, it wasn’t: Dawn Fidler, Josh’s mum, registered her disbelief as she told “I'm disgusted @mailonline my amazing  boy passed away 6 mths ago & SJ's his legacy … Thank you”. Many others voiced their support, with Time Saving Heroes declaring they were “On a mission to get @mailonline to #apologise to @SuperJCharity”.

The response of Enid Shelmerdine was typical: “Appalled @DailyMailUK has used @SuperJCharity and the brave boy in whose name it works to poke fun at  @edballsmp”. Gill from CTS Manchester added “@MailOnline are you aware that is a Charity logo for @SuperJCharity. Disgraceful. Apologise”. And Andy Steel backed up those comments. 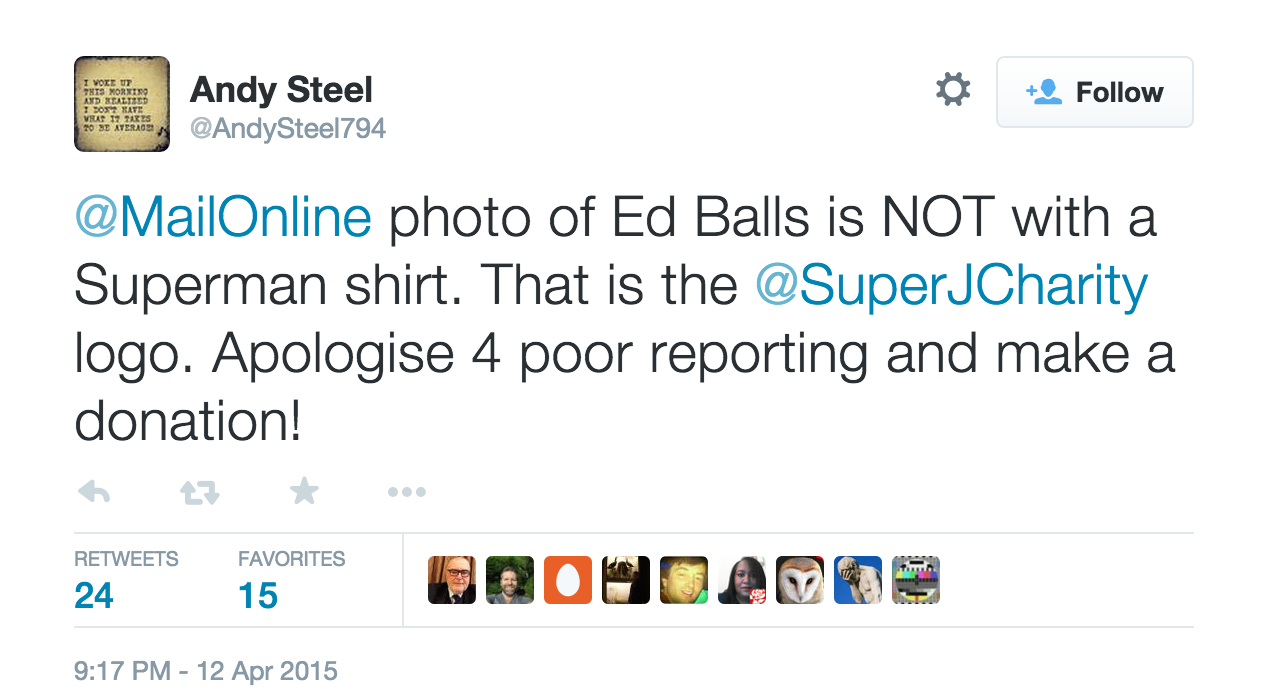 “@MailOnline photo of Ed Balls is NOT with a Superman shirt. That is the @SuperJCharity logo. Apologise 4 poor reporting and make a donation!” Last year, the Mail On Sunday’s editor in chief, the legendarily foul mouthed Paul Dacre, enjoyed a remuneration package worth around £2.4 million. So there is someone in the Northcliffe House bunker who is well capable of making a donation - even if they can’t be bothered apologising.

The Mail titles have made a serious mistake here. They should apologise, and do it sooner rather than later. But Dawn Fidler may be disappointed. They aren’t good at saying sorry.
Posted by Tim Fenton at 10:24

The Rule of the Stupid and Ignorant goes on. M

I don't for one minute believe that the sort of behaviour seen here by the Mail represents the values of ordinary decent people of a conservative persuasion. The mystery, then, is why this wretched, cynical, life-sapping publication continues to typify the absolute worst of Britain yet remain so successful.