For the first time anywhere in the world, marriage equality has been approved by a referendum - in Ireland, until recently the most religiously conservative of countries. The result was emphatic: 62% of those who voted approved the constitutional change, which will approve same-sex unions. Almost all parts of the country, and not just the towns and cities, voted in favour. Why this is significant requires a look back at recent history. 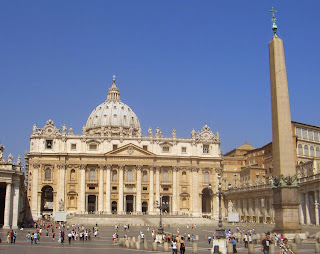 For so long, the Church of Rome cast a long shadow over Irish politics. And that church was deeply conservative not only in religious matters, but also in its control of so much in the country. So when it was proposed to modernise the Irish healthcare system and make it free and without means-testing for mothers and their children up to the age of 16, in the late 1940s, the Church resisted. The reason was straightforward.

The Church owned hospitals and schools. They propagated the idea that the proposals were “socialised medicine”. The Irish medical profession feared that some practitioners might lose income. The Archbishop of Dublin summoned health minister Noel Browne and gave him a letter which voiced the fear that the bishops “feel bound by their office to consider whether the proposals are in accordance with Catholic moral teaching”.

As a result of pressure from the Church, the Government caved in. No matter that child mortality in Ireland - especially from tuberculosis - was appalling. No matter that other countries, especially the UK, were making great strides to improve matters by a rather more comprehensive health scheme than that proposed in Ireland. The power of the Church, especially in protecting its interests, was overwhelming.

So some believed it might be with marriage equality, but the banishing of ignorance, and the enthusiasm and hope across the country, has brought a situation where current Archbishop of Dublin Diarmuid Martin “said the Church in Ireland needed to reconnect with young people”, and talked of it needing to take a “reality check”. But over at the Telegraph, Tim Stanley was not happy and went into spin mode.

For him, “the Yes vote was undoubtedly a reflection of growing tolerance towards gays and lesbians. But it was also a politically trendy, media backed, well financed howl of rage against Catholicism”. Strange, I got the idea it was a free vote for a measure which had widespread popular support. Moreover, Stanley and his fellow right-leaning pundits won’t be citing the media for delivering Young Dave’s election victory any time soon.

His solution is equally clueless: “How the Church survives this turn, is not clear. It'll require a lot of hard work and prayers”. No, it’ll require the reality check that Archbishop Martin already identified. But then, Stanley is the one who went to Merseyside to write a feature on Esther McVey’s failed attempt to hold on to her Wirral West seat, and failed to mention that her campaign was mired by her disrespecting the 96.

Meanwhile, the Irish people say it’s OK for some people to be gay. Get over it.
Posted by Tim Fenton at 11:11

I worked in Ireland for a few months back in 1968. The Catholic church seemed to dominate every aspect of daily life. The Censorship Board, which controlled both books and films, was mainly staffed by the clergy.Every time you turned on the TV you would see some prominent churchman opening a new road, bridge or a sporting event. It seemed you could not do anything without the church getting involved.