After the mockery and claims of bigotry that followed its first refugee bashing story about those fleeing conflict across the Middle East fetching up on the Greek island of Kos, the Daily Mail has decided to show the world that there really is a problem with these foreign people, honestly. To this end, they have dispatched Sue Reid to craft a suitably loaded missive from the island. Ms Reid has, shall we say, form for this kind of thing. 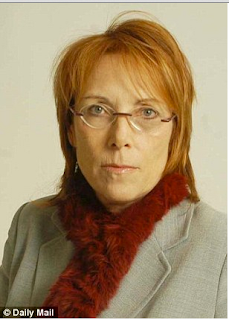 But first the article, “Bikinis, sun loungers... and a tide of despair: This week 1,200 migrants washed up on a Greek island beloved by British tourists. SUE REID went to investigate - and was shocked by what she found”. Of course she was - otherwise there would have been sod all point in her jetting off there at the Mail’s expense. That the body of the article does not live up to the headline billing should surprise nobody.

“The holiday-makers feel uncomfortable as they peer at Ali Yagdoobi”. Ask any of them? No, thought not. But do go on. “So many migrants have slipped into the small Greek island that its 30,000 population is struggling to cope” [no citation]. Readers are told in hushed tones that the new arrivals “walk up and down the tourist beaches”! They “congregate on pavements”!! They “hang their washing to dry”!!!

Then we get the lies and smears: “Kos is renowned as a peaceful island … the Police force is tiny” [that means the refugees are potential criminals]. Many refugees “walk out of camps, refuse to be fingerprinted (citing their human rights) and vanish to a wealthier EU country”. Yeah, right. But this is just what the Mail ordered: Human Rights are A Very Bad Thing and they are only given to undeserving foreigners.

And, as the man said, there’s more: “From Athens, the migrants will slip out of Greece through the porous borders and make their way to Britain, Germany or Austria”. Really? Given that Greece has a land border with only one other EU member state, that may be a challenging proposition. But, guess what? “According to European intelligence agencies, IS is plotting — or may even have started — a ‘psychological attack’ on Europe by deliberately flooding the continent with half a million migrants”. Yeah, terrorists!

This is indeed a finely crafted article. But it’s finely crafted bullshit. Moreover, Sue Reid’s previous form in producing loaded copy to order includes the Mail’s most recent MMR scare. After that was published, a request by one of her correspondents to publish their email exchange brought, in reply, the threat of a libel action.

Nice person, Ms Reid. On top of that is her form for kicking migrants, as Five Chinese Crackers pointed out back in 2009 - from the scaremongering “Mapping out the strain on your NHS: How one London hospital ward treated babies from 72 different nations around the world” to paying Polish people to break the law in their Polish registered cars, Sue Reid is very much the go-to migrant smear merchant of Northcliffe House.

Today’s hate-generating drivel is no different. This is another disgrace to journalism.
Posted by Tim Fenton at 12:45

How did the Sex Pistols put it? 'Holidays in other peoples misery.'