So what’s hot, and what’s not, in the past week’s blogging? Here are the six most popular posts on Zelo Street for the past seven days, counting down in reverse order, because, well, I’m a bit late getting the breakfast on. So there. 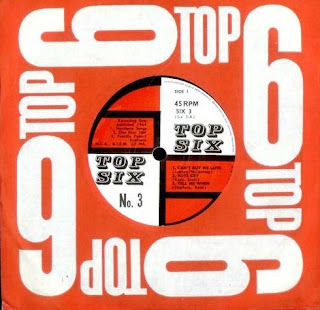 6 Murdoch Is Served (77) Yes, we’re that many posts into the series started in July 2009. This third anniversary edition looked at those being charged and noted that one of their number, Stuart Kuttner, was the one who let the cat out of the bag when he overreacted to Nick Davies on BBC Radio. If only he’d kept schtum.

5 Aidan Burley Gaffe? Taxi For Tories! The MP for Cannock Chase reacted exactly as his training told him to, as he condemned the positive portrayal of the NHS at the Olympic opening ceremony as “leftie”. Burley highlights the problem for the Tories: rather a lot of ideologically sound but intolerant new MPs.

4 Tabloid Troll Spins And Flounders Poor Dennis Rice was clearly unhappy at the latest Phonehackgate developments, and was more than ready to defend Andy Coulson, despite his past, which I felt compelled to remind him about. In detail.

3 Olympic Right-Wing Tweet In Mouth For your enjoyment, this post assembled a selection of the sour grapes, reimagining of history, and downright stupidity exhibited by right leaning Tweeters as they reacted – generally badly – to the rather excellent Olympic opening ceremony.

2 Grant Shapps And Twitter The way in which the Housing Minister gets his Twitter following to gradually expand was laid bare as it was shown he was following and unfollowing others on a scale not humanly possible. Either Shapps has a full time Twitter gofer, or there is some kind of script running in the background.

1 Guido Fawked – Toynbee Hypocrisy No Zelo Street Top Six is complete without an appearance by the perpetually thirsty Paul Staines and his tame gofer, the flannelled fool Henry Cole, and today’s is no exception. The Laurel and Hardy of the blogosphere had accused the Guardian’s Polly Toynbee of hypocrisy: this post shows that they were not only being highly selective in their chosen quotes, but also that they were the real hypocrites. Another fine mess, once again.

And that’s the end of another blogtastic week, blog pickers. Not ‘arf!
Posted by Tim Fenton at 10:44