There has been justifiable outrage this morning at the attempt by Tory whip Chris Heaton Harris, who represents Daventry, to emulate the behaviour of Joseph McCarthy and get academics across the country to inform him if they are, or ever have been, moderately sympathetic to the European Union. The problem for Heaton Harris is not only that he has been rumbled in short order, but also that his credibility is already shot. 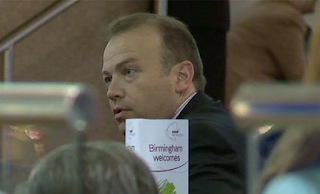 The MP “wrote to vice-chancellors at the start of this month asking for the names of any professors involved in teaching European affairs ‘with particular reference to Brexit’ … his letter asks for a copy of each university’s syllabus and any online lectures on Brexit”. It might be considered the coming of the thought Police, except that Heaton Harris and thought are elusive bedfellows. So what was the response?

David Green of Worcester University mused “This letter just asking for information appears so innocent but is really so, so dangerous … Here is the first step to the thought police, the political censor and newspeak, naturally justified as ‘the will of the British people’, a phrase to be found on Mr Heaton-Harris’s website”. As the Guardian has reported, “Green will be replying to the MP but not be providing the information requested”. Good for him.

The paper’s report also quotes pro-Brexit academic Lee Jones: “It is really troubling that an MP thinks it is within his remit to start poking his nose into university teaching … Universities are autonomous and politicians have no right to intimidate academics by scrutinising their courses. I have colleagues who are die-hard remainers. But I know what they teach and it is not propaganda”. And there is one more problem here.

That is the recent past of Heaton Harris, especially his conduct at the time of the Corby and East Northamptonshire by-election five years ago (the one precipitated by the departure from the Commons of one Louise Mensch). The Daventry MP was caught in a Greenpeace “sting” - “apparently supporting the campaign of a rival candidate”. 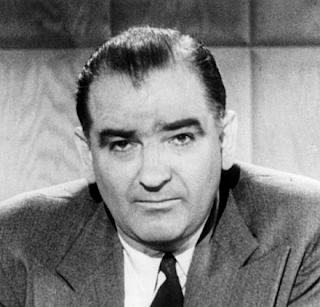 So we won't be seeing his presence again

And the problem for Heaton Harris was that the campaign in question was the fake candidature of James “saviour of Western civilisation” Delingpole, who pulled out of the contest only hours before he would have had to pony up £500 for his deposit.

This is what he was caught saying: “There's a bit of strategy behind what's going on … I’m running the Corby byelection for the Tories … And Delingpole, who is my constituent, and a very good friend [inaudible] put his head above the parapet, but won't put his deposit down … It's just part of the plan … [I] suggested to [Delingpole] that he did it. Which puts me in a very awkward [inaudible]. Please don't tell anybody ever”.

He also claimed “I've managed to provide [Delingpole] with a handful of people who will sort him out. So my deputy chairman, political, resigned from my local party and is running his campaign as his agent. So it's all professionally done. The whole point of that is to actually just put it on the agenda … I'm trying to write it [opposition to wind farms] into the DNA of the Tory party”. His strategy turned out to be a complete failure.

So don’t worry too much about the faux McCarthyism of Chris Heaton Harris. Just remember what Cloughie would have said: “He’s a clown, young man”. So he is.
Posted by Tim Fenton at 12:46

I had cause to come across him when he was trying to get his private members' bill through parliament. He did not understand his own Bill, which says a lot. But other than his own 'history', as you highlight, I'd just like to emphasise the real scandal here: he was trying to get the names of individual academics and details of what they were saying (such as any available videos).

What was he planning to do with those names? Shamefully, my own university's first response was to tell us to comply. We strongly lobbied to change this view (which it did), principally on the grounds that we could see no reason for him to get this information other than to 'name and shame' individuals. If this happened, as sure as night follows day abuse would have followed.

He's clearly a nasty piece of work, and I just don't understand how he didn't realise that he'd be rumbled in short order over this (let alone how he thought that this was appropriate) ...

Just the sort of intellect to bring old FBI cases to a close. Mr EJH tried several times to crack the code of '2T-Fru-T' a message that was transmitted by Person Of Interest, L Richard, without success. Mr CHH maybe the answer to the Bureau's prayers.