Considering how free and fearless the press likes to pretend to be, they are remarkably good at “preparing” their readers for the possibility that the Government might decide to join some kind of unspecified coalition, and take some kind of equally unspecified military action against whoever set off all those chemical munitions in Syria, which right now looks like the Assad regime. 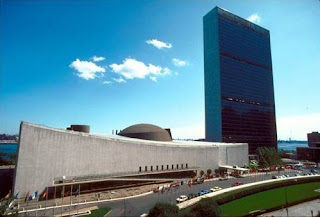 So both the Mail and Telegraph have – purely by coincidence, you understand – told that evidence to back up the chemical weapons claims is about to be released by the USA. That means it will be declared “declassified”, which, considering the howling over Edward Snowden’s disclosures, means this step is sure to be in the Americans’ interests. The Mail has the more dramatic headline.

“U.S. spies certain Assad used nerve gas 'after intercepting phone call from panicking Syrian defence chief demanding an explanation from its chemical weapon military unit'” it howls. The Tel concurs: “US intelligence to justify looming missile strike against Syria”. Note also that the missile strike is “looming”, which means that we just have to accept it, as the decision has already been taken.

That is bad news for those pundits who have urged restraint, notably Max “Hitler” Hastings at the Mail, who tells of “Immature advisers, moral indignation and the folly of wading into this bloody morass”, which is both a sure sign that he is aware of his advancing age, and also that he is indicating that Young Dave and his jolly good pals should listen to the sage words of Himself Personally Now.

Meanwhile, Hastings’ fellow pundit Stephen “Miserable Git” Glover is imploring the Government not to listen to Tone, but they weren’t doing anyway. Blair is denounced as a “war monger”, for taking the UK into a conflict that the Mail was behind 100%, right down to joining enthusiastically with the chorus of adverse comment directed at the French for being insufficiently bellicose.

The paper achieved this, despite its pathological hatred of Blair, demonstrating the ease with which it plays both sides of the field. And it does seem to be softening up the readership into expectation of some kind of intervention this time around – which it can then mercilessly slag off if anything fouls up, which, Syria being in the Middle East, is highly likely.

And, in any case, the exercise of preparing the readers may be a little premature: UN Secretary General Ban Ki-moon has urged patience, and that weapons inspectors presently in Syria should be allowed to complete their job. With Barack Obama less keen on a scrap that his predecessor, the advice ignored in 2003 may well hold the line this time round. But someone, somewhere appears to have decided something.

That’s the message that the military are getting out there. And it’s their missiles.
Posted by Tim Fenton at 17:38

I hope political point-scoring can stay out of this debate. Syria is a horrible, horrible choice. There seems little doubt chemical weapons were used. It was probably Assad behind it, by virtue that it would be difficult for anyone else to have done it and escape detection, but that's not impossible. Sadly, there are some Islamic fundamentalists who I can believe would do this to their own side if they thought they could get away with it.

Obama et al gave a warning of consequences of chemical weapons were used. That was supposed to be a deterrent, and if it is indeed Assad behind it, the deterrent has not worked. If the rest of the world does nothing, that will be a message to Assad that he can do it again and again with impunity. That was also render any future deterrents against would-be war criminals ineffective. If the rest of the world does act - even something minimal such as punitive missile strike against Assad's forces, that raises all sorts of questions? Will Russia step up its assistance to Assad? Will it shorten or lengthen the war? What are the implications for international law? If the rebels win, will the fundamentalists end up in charge?

This is one of the few decisions in politics where I'm only too happy to let someone else make the decision.

The tortuous history of the Daily Mail's attitude to the invasion of Iraq is something worth looking at.