Snowden – Why The Independent?

Yesterday, a second front in the campaign by the deeply subversive Guardian to reveal more about the information from Edward Snowden was announced: there was to be a partnership with the New York Times, signifying that there really was a copy of Snowden’s information in New York, as Guardian editor Alan Rusbridger had previously told. But then, another UK title got in on the act. 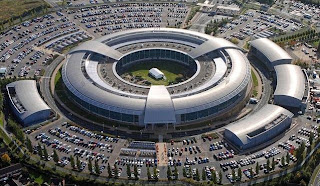 The Independent ran an exclusive about a GCHQ listening post in the Middle East, and the “information on its activities was contained in the leaked documents obtained from the NSA by Edward Snowden”. But both Snowden, and Glenn Greenwald, say they haven’t given the Indy the information. The suggestion has been made that the security agencies may have passed it. But does that make any sense?

Well, yes it does, and we can count several reasons why this might have been done: First, Snowden and Greenwald have been at pains not to release any information that could put anyone’s life in danger, despite some of the wilder assertions to the contrary. So nothing about specific “listening posts” has been published. The Indy story makes Snowden, and maybe also Greenwald, guilty by association.

Second, the Independent report, if it was indeed authorised and passed by a Government agency, sends a message to Snowden that “we know what you copied”. Third, this stokes the climate of bluff over the information David Miranda may have been carrying when he was detained last Sunday: “we’ve broken the encryption and here’s a sample”. They may have done this, but then again, they may not.

Fourth, setting Guardian and Independent against one another plays into the hands of the Government-supporting part of the Fourth Estate, which would willingly copy information on MPs’ expenses and entrap individual politicians, but knows to behave itself on matters of that much-vaunted “National Security”, a phrase rolled out in court last week by Government lawyers. Rotten lefties split!

Fifth, it diverts attention away from the announcement that the NYT will be running a series of stories which will get round any constraint imposed on the Guardian by Government and its agencies. Sixth, it allows the suggestion to enter that Greenwald hasn’t got as much of the Snowden data as he makes out – again, the idea that Miranda was carrying stuff his partner needed.

And Seventh, if the intention was to get this information published, well, the Indy would be the paper that would oblige. It’s not the kind of stuff the tabloids want, and the Times and Telegraph might wobble and chicken out. So, far from it being a daft idea that Government may have fed the Independent their story, it makes very good sense. And the Indy clearly thinks it’s come from a bona fide source.

So that may well have been a rather better day at the office for the spooks.
Posted by Tim Fenton at 12:15

How do you say the Indy story puts anyone's life at risk (your point 1)? I don't see it, myself, unless it's a general point about not printing stories that may upset potential terrorists, which might be what some people on the right mean, but I don't think that can be what you mean.

The Indy may have stopped short of naming the location, but they have gone further than the Guardian, which has restricted itself to talking about surveillance programs and past events. There is more potential in the Indy piece to endanger.

Hopefully, potential is all there is.

Seems to me that, broadly speaking, there's two possible ways in which an article might be said to endanger people. One is by giving away information about people's identities, or troop movements and deployments and so on. That I would agree is wrong.

The other is printing stories that may annoy potential terrorists and provoke them into doing stuff they wouldn't otherwise do, which is much less clear-cut, at least to my mind.

Which category would you say the Indy story falls into, or are there other categories I'm not seeing?

The Indy story is saying there is a listening post somewhere in the Middle East. That's a significantly sized hint.

It's enough of a hint to maybe start a search for where communications networks have hubs and/or installed capacity that is in any way unexpectedly generous (for instance).

Thanks. Frankly, I would be astonished if the story came as any sort of surprise to any but the most ill-informed and naive terrorist groups in the ME. I mean, since the local military and other agencies must be aware of its existence, and since the base almost certainly employs local civilian workers, to my mind, it would be a miracle if its location and the nature of its work isn't common knowledge among disaffected locals.

You may be correct, but I'm afraid I'm almost as sceptical about that was I was back when the authorities made very similar claims when they tried to prosecute Duncan Campbell for writing about the very fact GCHQ existed, some 30 or 40 years ago.

Shades of the Colin Wallace case where the Independent devoted it's entire front page in 1987 to smearing him as a "Walter Mitty" character, just as opinion was building to investigate his allegations. Paul Foot's book "Who Framed Colin Wallace" refers to this in detail.

Looks like there is an in-emergency-break-glass "conduit" running from the services to the paper....