There has just been a Presidential Election in the South American state of Chile. This would not normally generate much publicity in the UK, but for the fact that the winner was a left-winger. And the loser was a far-right Pinochet fan whose late father was literally a Nazi, having been a party member and a soldier in Hitler’s Wehrmacht. 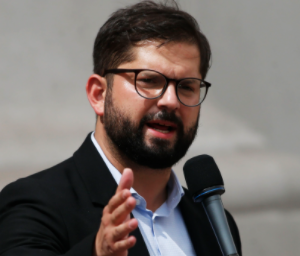 Gabriel Boric
As the BBC has reported, “Leftist candidate Gabriel Boric has won Chile's presidential election to become the country's youngest ever leader … In what was expected to be a tight race, the 35-year-old former student protest leader defeated his far-right rival José Antonio Kast by 10 points … Mr Boric told supporters he would look after democracy, promising curbs on Chile's neoliberal free market economy”. There was more.

“His rival [José Antonio Kast], meanwhile, stood on a platform of law and order, pledging cuts to tax and social spending. Mr Kast also defended the legacy of Gen Pinochet, who took power in a coup and ruled the country from 1973 to 1990. Under his leadership more than 3,000 people were murdered by the state or disappeared”. 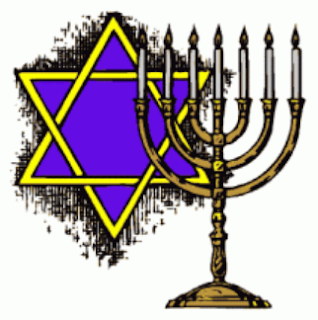 Anti-Zionism is not anti-Semitism, although Zionism or Zionist is often used as an insulting and pejorative term against Jews. Also, equating criticism of the actions of the state of Israel with being anti-Jewish is wrong - the IHRA definition of anti-Semitism says so. Maybe there is something more we need to know in order to inform our response. 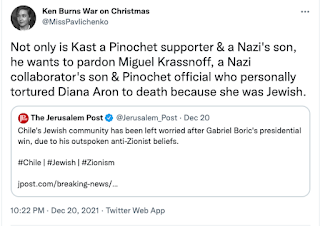 Like “Boric has previously supported a drafted bill in Chile's National Congress calling for a boycott of goods, services and products from Israeli settlements”. He supports BDS, which has been characterised as anti-Semitic, but without much in the way of actual evidence. Boric has also “signed a statement of support to the Palestinian cause in a meeting with the president of the 350,000-strong Palestinian community of Chile”.

Moreover, although the JP claims that Chile’s Jewish community is “worried” by Boric winning, it does not quote one Jewish voice in support of that assertion, Chilean or otherwise. Also, as has been pointed out, “Not only is Kаst a Pinochet supporter & a Nazi's son, he wants to pardon Miguel Krаssnоff, a Nazi collaborator's son & Pinоchet official who personally tortured Diana Aron to death because she was Jewish”.

And as Sunny Singh reminded us, “‘If he were alive, he would have voted for me,’ Kast said of Pinochet during the 2017 campaign, in which he won just 8% of the vote. ‘We would have had tea together’ in the presidential palace”. Yet here is the Jerusalem Post turning its fire on the man who beat him. While quoting no sources at all. 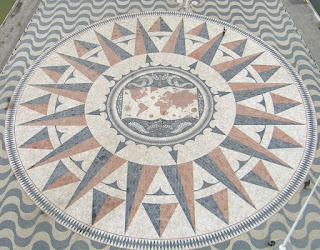 https://www.patreon.com/Timfenton
Posted by Tim Fenton at 15:36

The irony of Señor Kast saying he'd get the vote of someone who didn’t permit presidential elections at all in the period 1973-89 is probably lost on him, Nazi thicko that he be.

I think coverage of Corbyn was broadly right, but Boric is not that sort of socialist and deserves a fair hearing. It's wrong to equate him with these thoughts and actions.

There was no "coverage" of Jeremy Corbyn. There was only far right propaganda and lies.

Standard British corporate media. It's what they're bought-and-paid-for. And why their "journalists" are despised.

I don't agree. I have written a few plays around the subject of prejudice and there were clear signs of neglect

I don't agree with you, plays or no plays.

Corbyn's "neglect" was limited to thinking if he ignored the propaganda and lies it would be enough. He was wrong. He should have got right in the faces of the liars and propagandists. To say nothing of the back-stabbing treachery of the Quislings behind him, including the "Zionist without qualification" Starmer.

The FACT is the anti-Semitism was miniscule and dealt with, and even that horror was vanishingly small compared to the tories and other ranting rightie Gammons. But of course that didn't suit the far right agenda of monopoly-owned corporate media - for evidence of which, consult the LSE analysis of media propaganda before and during the 2019 election... also the internal report of betrayal, racism and sabotage by rightie bureaucrats (now self-labelled "centrists").... also the same gang caught on camera accepting Israeli funds to finance the betrayal.

But doubtless that wouldn't suit the plots in your "plays".