For years, the press has, almost as one, given Nigel “Thirsty” Farage a free pass, allowing him to put forward his everyman, ordinary bloke persona, and letting him get away with one glib answer after another. Mildly inconvenient events, like his not turning up at the European Parliament (EP) but still trousering every last Euro in expenses are shrugged off. Perhaps this is about to change. 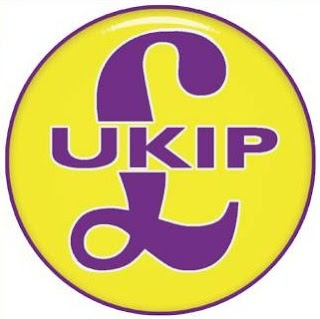 Because the Mirror – note that the only mainstream left-leaning daily title mounted the investigation – has taken the lid off the Farage farrago, revealing “UKIP leader Nigel Farage admits mistake after setting up offshore fund to avoid tax”. Offshore? Ho yus: “The UKIP leader paid a tax adviser to create a trust in the Isle of Man – which he intended to channel funds through”.

Farage apparently did not get round to actually doing any channelling, but that’s rather like buying a container load of deadly weaponry, but not getting round to kicking off an armed conflict. It’s still a seriously dodgy motah, even if Nige never found time to take it for a spin. And the Mirror has found some interesting details about Farage Limited, which operated within the UK.

Nige apparently “gave” his shares in the latter organisation to the Isle of Man trust. Some significant sums of money passed through Farage Limited before it shut up shop recently. And, although he claimed not to have benefited from Farage Limited, Nige registered his directorship with the EP, which suggests there was a financial interest, not merely an unpaid role as he has suggested.

So far, so interesting, but now we come to the rest of those who scrabble around the dunghill that is Grubstreet: the deeply subversive Guardian has predictably picked up on the story, pointing out that Farage has previously spoken out against tax avoidance while appearing to take part in something that looks like the very same thing. Farage’s claim that he “wasn’t rich enough” to benefit looks thin, too.

But what of the remainder of our raucous free press? Well, the Mail has at least taken the Mirror story and relayed the contents, but is the exception to the rule this morning: the Murdoch and Barclay Brothers titles are silent on the revelation, but what’s this? The Express, the Daily UKIP, has published it, but with the appropriate spin: Farage “has admitted he made ‘a mistake’”.

Well, no amount of spin can cover up the impression of spivvery, that Farage is not so much an ordinary bloke telling it as he sees it so much as another troughing in the same way as all the other MPs and MEPs. Some may shrug off this episode, but from this point on, expect UKIP and its leader to attract a little more serious scrutiny and get rather fewer free passes.


Welcome to the same rules that govern all your opponents, Nige.

[UPDATE 1345 hours: the perpetually thirsty Paul Staines and his rabble at the Guido Fawkes blog have decided to face both ways on the latest Farage farrago, first noting the Mirror's story, then remembering that this is a paper aimed at rotten lefties, and so spinning that what Nige did was actually OK.

This volte face is achieved by telling that Farage "did have a go at the EU's tax free salaries recently", thus showing once more that the Fawkes folks do not understand UK Income Tax too well. Farage, as a UK citizen, can trouser as much tax free dosh as he likes, but as soon as he takes any of it in income, it is subject to tax, as with any other income for any other taxpayer.

So using this to excuse Nige is just doubling down: spin and woeful ignorance combined. Another fine mess, once again]
Posted by Tim Fenton at 10:12

It would be amazing if a currency speculator who makes money out of 'selling short' on the pound etc., didn't have offshore banking arrangements.

At the start of his recent rant, Farage defended tax havens.

It may be immoral but it isn't hypocritical